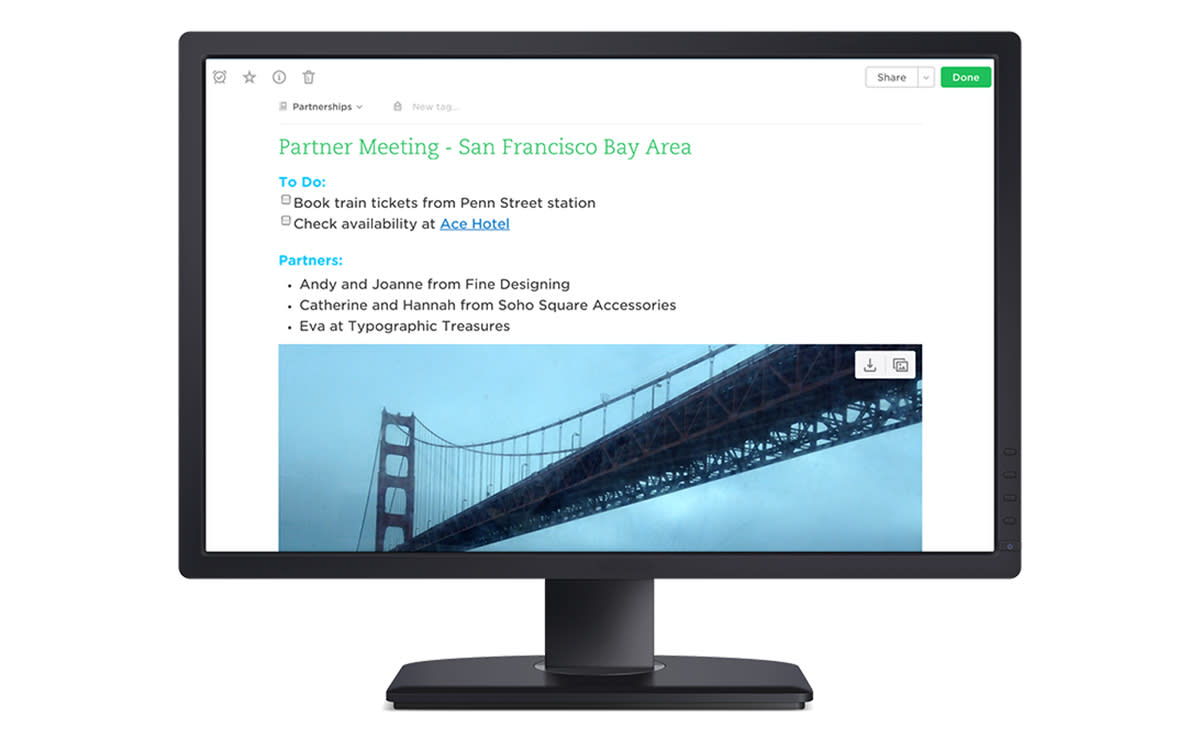 Evernote's been beta testing a redesigned web interface since last October. But, after nearly a year of experimenting with the fresh look, the company is finally ready to make it available to all its users starting this week. The main purpose of the new web client is to be "distraction-free," according to Evernote, thanks to a cleaner, faster and, overall, more beautiful UI. Evernote says the idea isn't to mimic the desktop apps it already offers, but instead provide easier-to-navigate options and a simple canvas to take notes on -- all while continuing to be a powerful productivity tool for people. "Rather than be derivative of another client, we felt it should exemplify the speed and lightness of the modern web," Evernote said in a blog post. What do you think, though? Do you like or hate it?

In this article: Evernote, EvernoteWebClient, Productivity, webapp, webapps, WebClient, WebInterface
All products recommended by Engadget are selected by our editorial team, independent of our parent company. Some of our stories include affiliate links. If you buy something through one of these links, we may earn an affiliate commission.