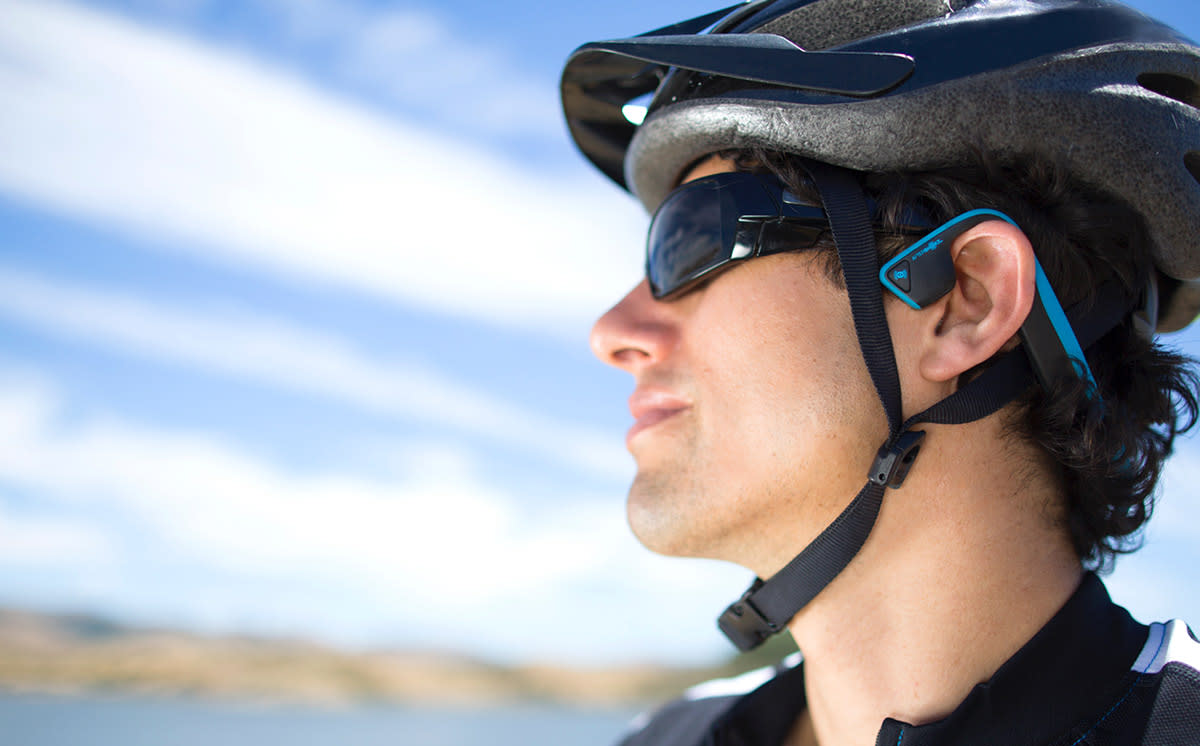 Like many companies these days, Aftershokz just launched an Indiegogo campaign to support its latest offering, a set of bone conduction headphones called Trekz Titanium. If you're unfamiliar with the tech, it works by sending audio as vibrations through the cheekbone to the inner ear, bypassing the ear drum. Having wireless headphones that don't block your ears is especially useful for activities like biking, where situational awareness is key, but you still want to enjoy some tunes. These are the newest in the company's line and come right on the heels of an announced update for the existing $100 Bluez2 model with audio-enhancing PremiumPitch+ technology. The Trekz Titanium offer a nearly identical feature set including Bluetooth, hands-free calls, IP55 dust/sweat resistance and a six-hour listening time. However, the rigid plastic of the Bluez2 was traded for a more flexible exterior with a titanium frame inside making them more resilient and easier to pack away. Many of the early-bird deals have already sold out, but if you're quick, you can pre-order a set for $99 or reserve a special edition pack for the full price of $129. Otherwise, you'll have to wait for the retail release in January 2016.

13
In this article: aftershokz, aftershokz bluez2, bluetooth headphones, bluez, bluez2, bone conduction
All products recommended by Engadget are selected by our editorial team, independent of our parent company. Some of our stories include affiliate links. If you buy something through one of these links, we may earn an affiliate commission.