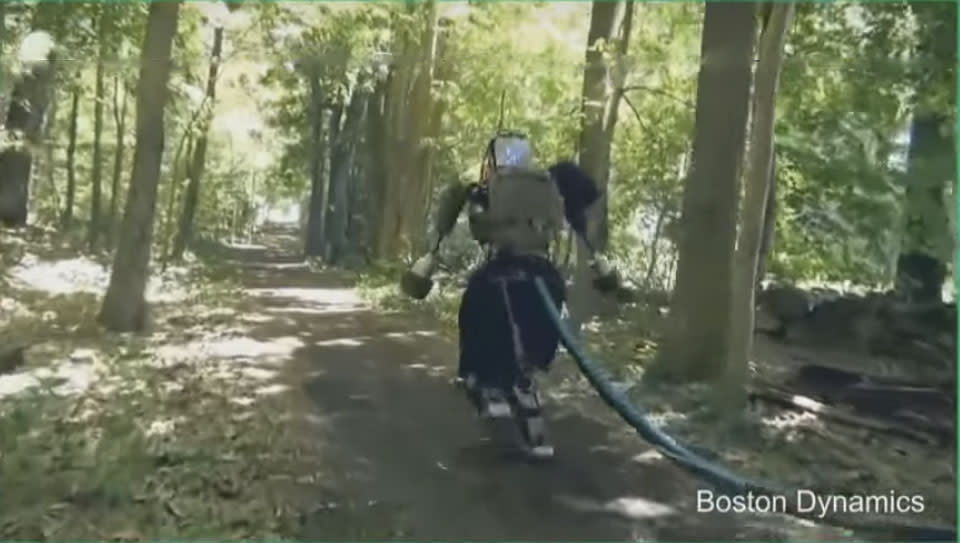 Boston Dynamics' six-foot humanoid bot Atlas is breaking out of the lab... and going for walkies in nearby forests. After demonstrating that its four-legged dog robot can now open doors courtesy of a new limb, the Google-owned robot company showed how it's testing the limits of its humanoid robot. Yep, the walker is still tethered -- for now -- but it still managed to stroll all around in Mother Nature while closely approximating the gait of a drunken uncle. Watch (and perhaps worry) right after the break.

In this article: atlas, bostondynamics, google, inthewoods, robotics, spot, video
All products recommended by Engadget are selected by our editorial team, independent of our parent company. Some of our stories include affiliate links. If you buy something through one of these links, we may earn an affiliate commission.