The internet of ratings: How makers became hip enough for reality TV 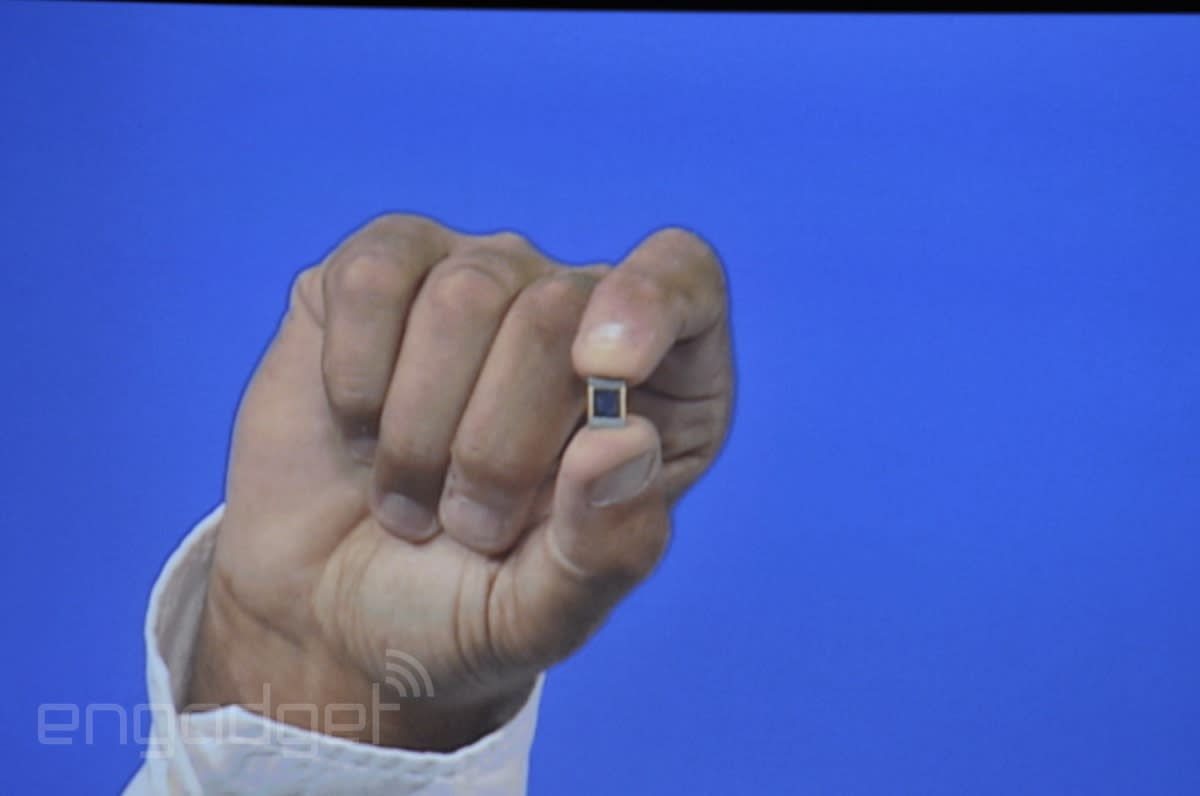 At its annual Developer Forum Tuesday, Intel demonstrated a host of new use cases for its button-sized Curie wearable module. Intel has developed the tiny device as a low-power base for consumer and industrial wearables, debuting it first at CES in January and recently shipping the devices to OEMs. "If you have that kind of power in that kind of form factor, possibilities are endless," said Intel CEO Brian Krzanich.

Intel showed off a variety of uses for Curie via an onstage BMX demonstration. Modules embedded in the seat and handlebars recorded a number of data points -- from bike spin, airtime and maximum height, to the landing impact and bike angle -- as a pair of riders pulled off impressive aerial stunts.

The company also pointed out the module's potential enterprise and industrial uses as well. "Wearables can help solve the password problem," Krzanich said. To that end, Intel demonstrated its new Identity IQ SDK, which allows the Curie module to be embedded in a wristband and used to unlock a computer whenever the user is in close proximity to it. The system also includes a secondary password that must be entered whenever the user takes off the band. That way, even if someone else gets ahold of your band, the computer won't unlock until the password is entered.

The Curie module is powered by a button-cell battery running an Intel Quark SoC, six-axis sensor with accelerometer and gyroscope and Bluetooth radio. It even packs 384kB of flash memory in there. What's more, the disposable alkaline battery can also be swapped out for a more permanent, rechargeable cell.

In this article: Curie, idf2015, intel, mobile, mobilepostcross, Quark, SoC, wearables
All products recommended by Engadget are selected by our editorial team, independent of our parent company. Some of our stories include affiliate links. If you buy something through one of these links, we may earn an affiliate commission.