You might want a centrifuge to make this cocktail 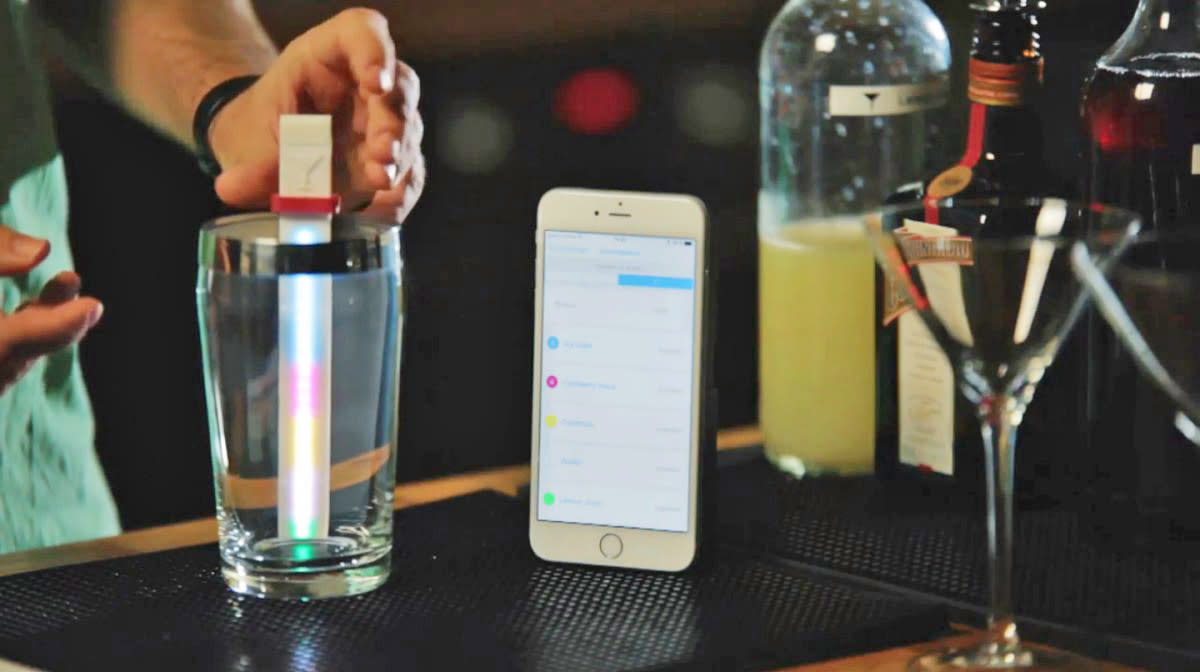 The idea of using technology to make a better cocktail is hardly new -- companies as big as Google on down to the smallest startups are trying to enable those of us with no mixing skills to make a passible Martini or Manhattan. The latest is the MixStik, an LED-covered stick you connect to your phone with Bluetooth. Once the MixStik is paired with your phone, you simply pick a cocktail recipe with the corresponding app -- the stick then lights up with colors that correspond with your selected drink's ingredients. Just drop the stick into the glass, fill it up according to the directions,and you should theoretically have your desired cocktail mixed to the correct proportions.

The MixStik has a few other nice things going for it. For example, you can tell the app what ingredients you have on hand and it'll suggest drinks that utilize your current stores. It also comes with a "setup" mode that measures your shaker so it can suggest the right amounts of each ingredient. And fortunately, the price isn't too prohibitive -- the MixStik will cost $39 when it hits Kickstarter at the end of September. That's a good deal cheaper than the $100 to $150 the company behind MixStik originally asked for a "smart shaker" last year. As noted by TechCrunch, it looks like the MixStik is a simpler, smarter, and less expensive device. Normal Kickstarter caveats still apply, but the MixStik could be a good accessory for those looking to up their cocktail game.

In this article: cocktails, drinks, kickstarter, mixedrinks, mixstik
All products recommended by Engadget are selected by our editorial team, independent of our parent company. Some of our stories include affiliate links. If you buy something through one of these links, we may earn an affiliate commission.