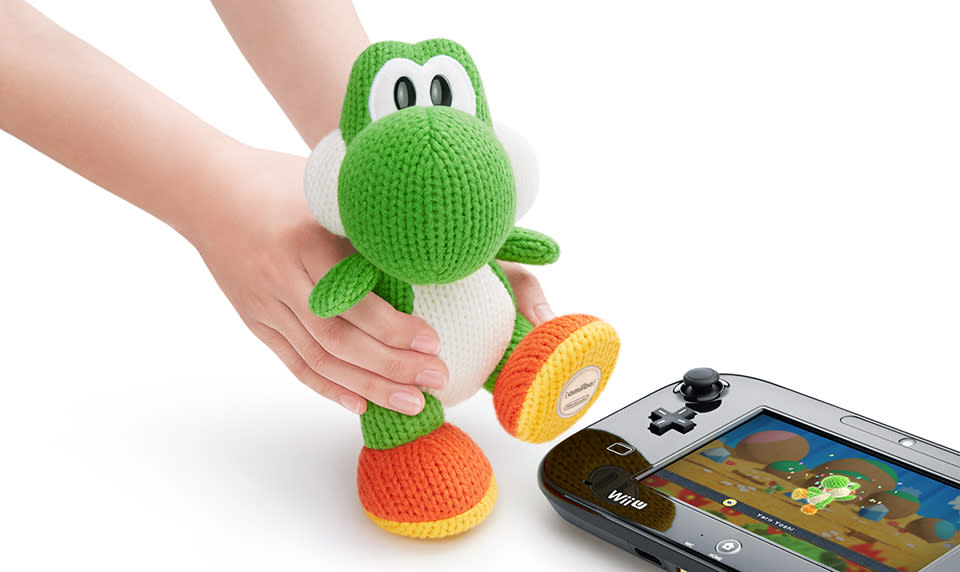 If you thought that 8-bit Mario Amiibo from E3 was huge, you ain't seen nothing yet: Mega Yarn Yoshi is coming to take the "biggest Amiibo" crown. The beautiful toy you see above is an officially licensed, super-sized version of the popular Yarn Yoshi Amiibo. It's a fully-functional NFC figurine, so you'll be able to use its foot to interact with various Wii U titles. It'll activate the "Double Yoshi" feature in Yoshi's Woolly World, create an AI fighter in Super Smash Bros. or get a sweet Mii costume in Mario Kart 8. Priced at $39.99 and scheduled for release this November 15th, it's likely to sell very quickly. You'll want to keep a close eye on pre-orders as this green giant is going to cost a bomb on eBay once stocks run out.

In this article: amiibo, figurine, nfc, nintendo, toy, yoshi
All products recommended by Engadget are selected by our editorial team, independent of our parent company. Some of our stories include affiliate links. If you buy something through one of these links, we may earn an affiliate commission.