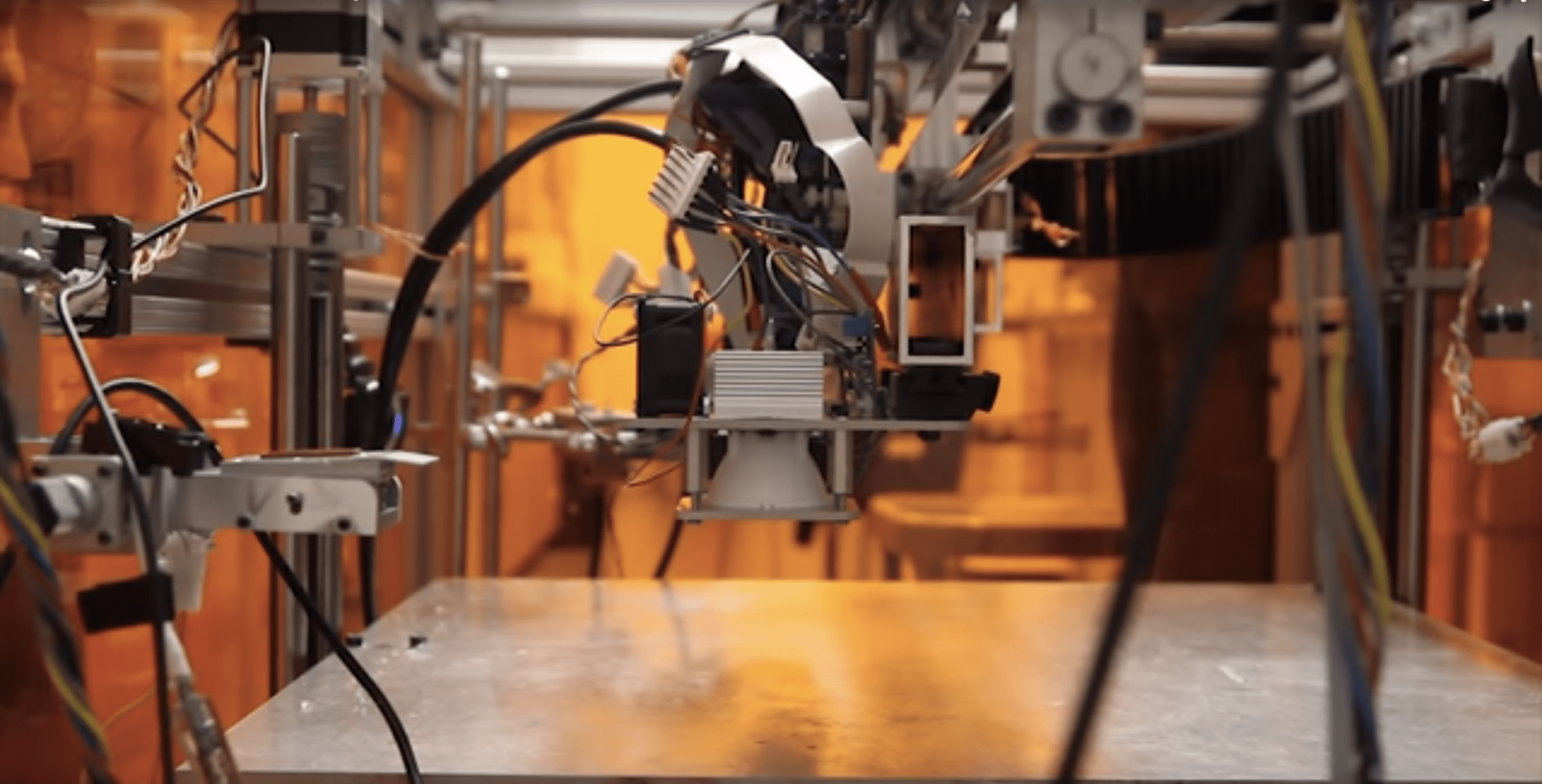 One of the biggest hindrances to current 3D printers is that they almost exclusively stick to a single precursor be it plastic, metal or glass. At most, you can get one that extrudes three materials at a time and they're going set you back a quarter of a million dollars. However, a team of researchers at MIT's Computer Science and Artificial Intelligence Laboratory (CSAIL) have debuted a novel solution that allows users to create more complex items in a fraction of the time and cost by printing up to ten different materials simultaneously.

Dubbed the MultiFab, this machine doesn't extrude materials. Instead, it mixes microscopic droplets of photopolymers together and shoots them through inkjet-style printers. The system is also quite complex despite being constructed primarily from off-the-shelf components. A central computer directs the printer while receiving a continual stream of data from a 40-micron resolution 3D scanner and camera array as the item is being created. This feedback data -- which measures in the dozens of gigabytes -- allows the machine to correct and re-calibrate itself as the item is being printed. It also allows the user to place other objects, say a CPU chip, into the project and then print around it. The team envisions users being able to place a cellphone in the machine and 3D-print a case directly onto it.

"The platform opens up new possibilities for manufacturing, giving researchers and hobbyists alike the power to create objects that have previously been difficult or even impossible to print."says Javier Ramos, CSAIL research engineer at CSAIL co-author of the paper. The team believes that the technology could easily be scaled for use in commercial and hobbyist applications alike.

In this article: 3D, 3D printing, 3D scanner, camera, Massachusetts Institute of Technology, MIT, MultiFab, scanner
All products recommended by Engadget are selected by our editorial team, independent of our parent company. Some of our stories include affiliate links. If you buy something through one of these links, we may earn an affiliate commission.