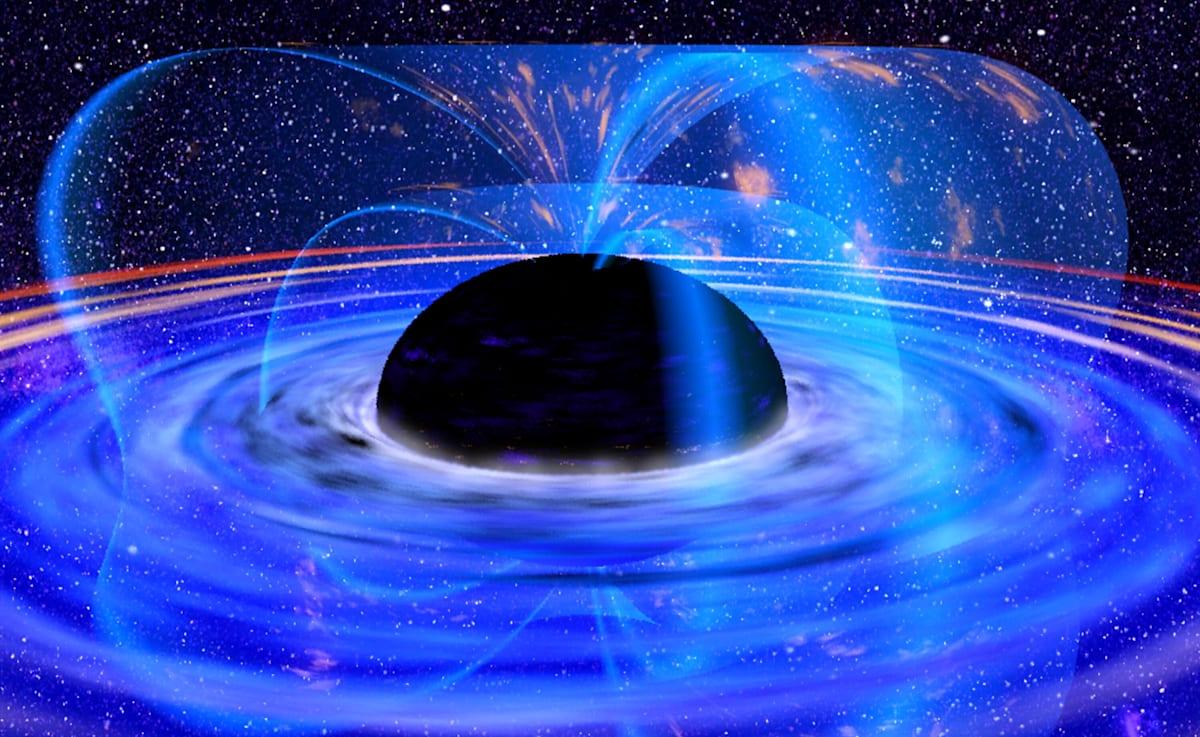 Stephen Hawking announced during a lecture at the KTH Royal Institute of Technology in Stockholm, Sweden on Tuesday that he has potentially solved the Information Paradox. The paradox a conflict between the quantum mechanics and general relativity models that has vexed physicists for more than four decades. The Information Paradox arises from black holes -- specifically what happens to information about the physical state of objects that fall into one. The quantum mechanical model posits that the information remains intact while general relativity argues that it is indeed obliterated under the black holes immense gravitation. But Hawking has developed a third opinion: the information never actually makes it into the black hole. "I propose that the information is stored not in the interior of the black hole as one might expect, but on its boundary, the event horizon," he said.

Basically, Hawking argues that the information about particles sucked into the hole sit on the surface of the event horizon as holograms (2D afterimages of a 3D object). "The idea is the super translations are a hologram of the ingoing particles," he told the crowd. "Thus they contain all the information that would otherwise be lost." What's more, that information can actually escape a black holes pull thanks to Hawking Radiation -- the concept that photons can sometimes be ejected from a black hole due to random quantum fluctuations.

These photons would carry the information off of the event horizon, however it wouldn't be of any use. "The information about ingoing particles is returned, but in a chaotic and useless form. This resolves the information paradox. For all practical purposes, the information is lost." Even if the information wasn't blasted into a parallel universe (which Hawking said is totally possible), it'd be like trying to read the data off a corrupted hard drive. Sure there's still "information" there, it's just not going to be of any use.

Hawking's lecture on Tuesday was just the start. Malcolm Perry, a professor at Cambridge's Department of Applied Mathematics and Theoretical Physics who collaborated with Hawking, will release more details of the new theory later today. The pair expect to publish a paper fully describing their findings next month.

In this article: blackholes, cambridge, Hawking radiation, information, informationparadox, KTHRoyalInstituteofTechnology, photon, radiation, space, Stephen Hawking, stephenhawking, Stockholm, TL18TSMRT, tomorrow
All products recommended by Engadget are selected by our editorial team, independent of our parent company. Some of our stories include affiliate links. If you buy something through one of these links, we may earn an affiliate commission.