Microsoft keeps the candybar dream alive with the Nokia 222 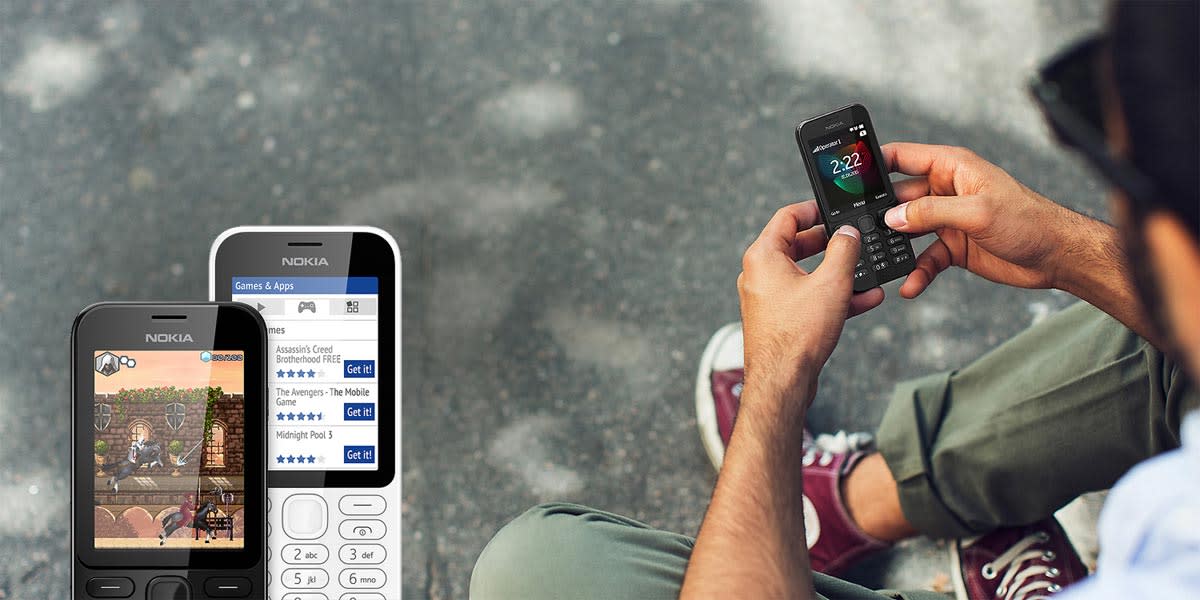 There was a time when, if you'd told me I could buy a connected MP3 player with a camera that makes calls, for $37, I'd have suggested a little less "jazz" in your cigarettes. Today, in 2015, that's called the Nokia 222. Of course, this isn't really a media player, it's a feature phone aimed at developing markets. Despite the obvious limitations of a "2.5G" candybar running a bespoke OS (Nokia Series 30+), there are some features -- like month-long battery life -- that remind us that fancy-pants flagships can have their drawbacks.

While we're joking about it being an MP3 player with a phone attached, it does support SD cards (up to 32GB) that you could stuff with media. Likewise, the 2-megapixel camera may be modest, but the handset is still good for Skype or Facebook, plus direct phone-to-phone sharing (via SLAM). There's also a flashlight, that the PR kindly explains what you might use for.

Nokia fans may have spotted it's very similar to the even more affordable ($29) Nokia 215, but with a much improved camera and a few aesthetic improvements. We suspect the "select markets" that the Nokia 222 (or its dual-SIM variant) are headed to don't include the US, not least because of the 900/1800 MHz radios, still, we're weirdly taken by its design. Enough that we hope the real Nokia (not the Microsoft-flavored version) breaks its own promise to make more phones once it's contractually allowed to.

In this article: 222, featurephone, microsoft, mobilepostcross, nokia, nokia222
All products recommended by Engadget are selected by our editorial team, independent of our parent company. Some of our stories include affiliate links. If you buy something through one of these links, we may earn an affiliate commission.