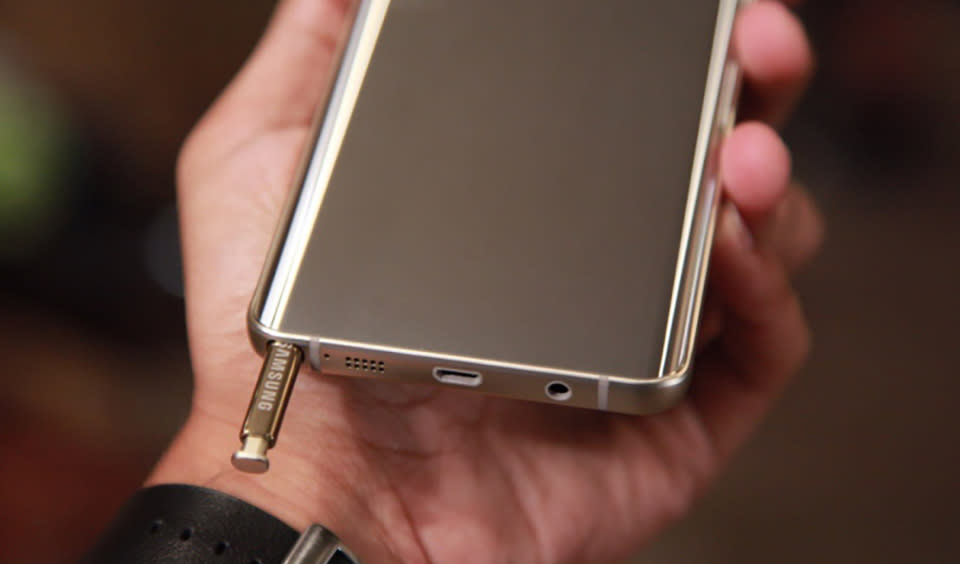 Is it a design flaw or user error? There's a new hullabaloo over the stylus on Samsung's brand new Galaxy Note 5, as first noticed by an Android Central forum user. Up until now, every previous Note model was designed so that the stylus couldn't be inserted blunt-end first. However, the Note 5's pen goes in either way, and doing it wrong could have dire consequences. The original poster, "FrogVomit," said that "there was no forcing whatsoever" when he accidentally inserted the pen blunt-end first, though he had to pull hard to get it back out. The result? The pen removal detection broke permanently.

Android Police heard about the issue and was just as "successful" with its own test. An editor also managed to break the pen detection mechanism on his Note 5 when he stuck the stylus in backwards and forced it back out. (He subsequently got the pen permanently jammed while making the demo video, below.) We'd agree with his assertion that it's a design blunder, as it's so easy to put the pen in backwards that a fair few folks will no doubt do it by mistake. As for what, if anything, Samsung plans to do about, we've reached out for more information.

In this article: DesignFlaw, GalaxyNote5, mobilepostcross, pen, PenDetection, samsung, Stylus, video
All products recommended by Engadget are selected by our editorial team, independent of our parent company. Some of our stories include affiliate links. If you buy something through one of these links, we may earn an affiliate commission.