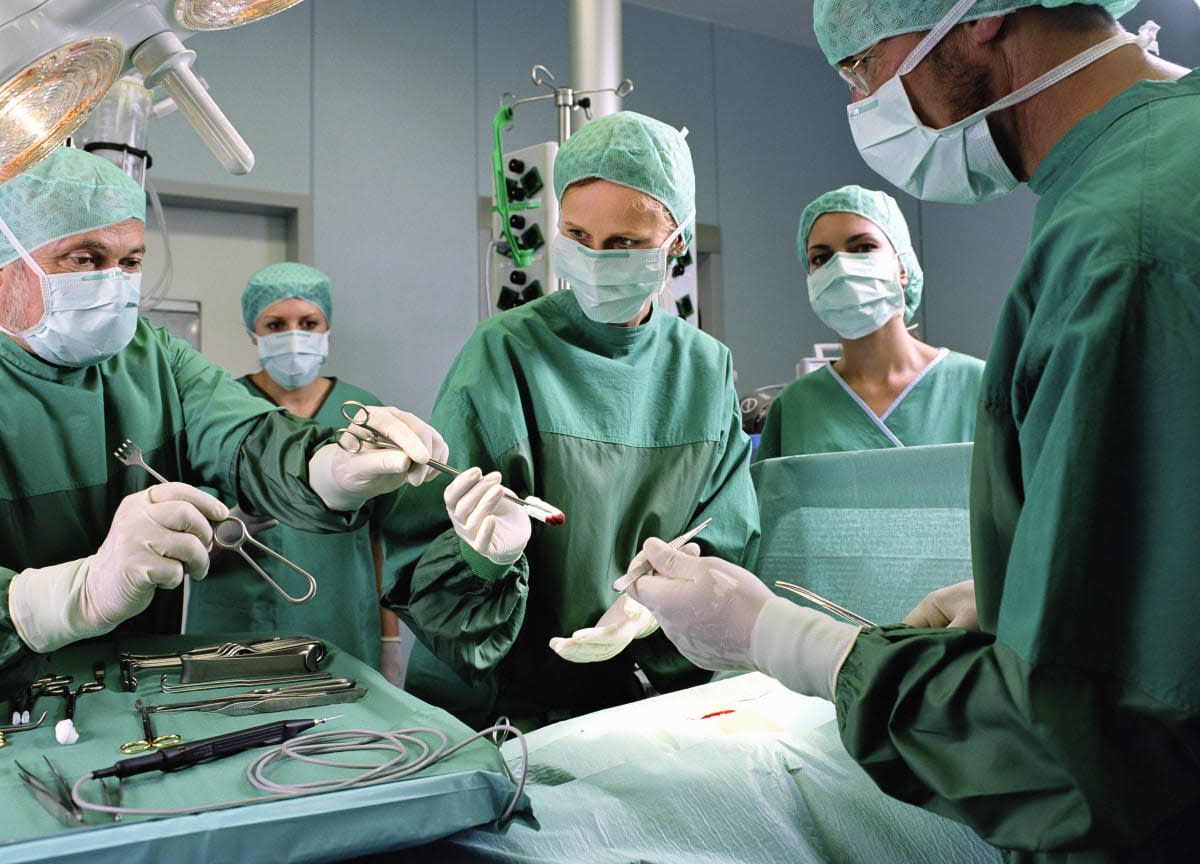 When Edinburgh, Scotland resident Mohammed Abad was six years old, he was involved in a horrific car accident. He was struck by a vehicle and then dragged nearly 600 feet (180 meters), tearing his tallywhacker (and left testicle) clean off. But thanks to advances in modern medicine, and a dedicated team at the University of London, Abad will soon have a bionic penis that puts Steve Austin's junk to shame.

The University of London team has spent more than three years crafting a new, 8-inch wang out of skin grafts culled from Abad's forearm and becomes erect by mechanically pumping fluid into it. This pump is activated by a button located near his remaining testicle. "When you want a bit of action you press the 'on' button," Abad told The Sun. "When you are finished you press another button. It takes seconds. Doctors have told me to keep practising." He'd already undergone two surgeries before the recent 11-hour marathon installation surgery. Doctors on the team report that the prosthesis should be sufficient for Abad to start a family, if he so chooses.

This marks the first time that such a device has been successfully implanted. However, in March, a 21-year-old South African man received the world's first natural penial transplant.

In this article: boinics, medicine, penis, South Africa, Steve Austin, surgery, UniversityofLondon
All products recommended by Engadget are selected by our editorial team, independent of our parent company. Some of our stories include affiliate links. If you buy something through one of these links, we may earn an affiliate commission.