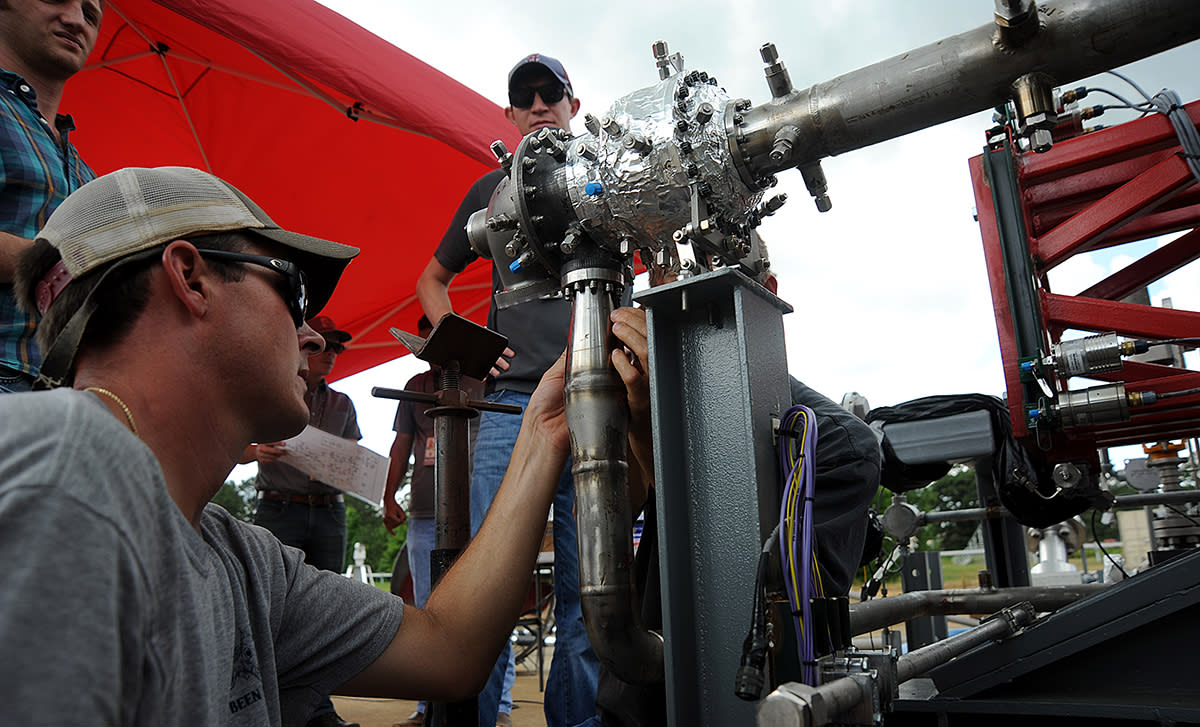 NASA is pushing the state-of-the-art for 3D additive printing and wants to bring US industry along with it. It recently tested a rocket engine's crucial turbopump unit that was built almost entirely of 3D printed parts (see the video below). Marshall Space Center design lead Mart Calvert said that NASA and its private partners are "making big advances in the additive manufacturing arena with this work. Several companies have indicated that the parts for this fuel pump were the most complex they have ever made with 3D printing."

During the test, the 2,000 horsepower, 1,200 gallon per minute pump was run up to 90,000 rpm, about ten times faster than a jet engine at take-off. It was also exposed to a rocket engine-type environment with temperatures of up to 6,000 Fahrenheit and as low as -400 degrees at the liquid hydrogen intake.

Several companies have indicated that the parts for this fuel pump were the most complex they have ever made with 3D printing.

NASA deemed the tests a success, and is sharing its data with approved partner companies so that they can make parts that also measure up to aerospace standards. The space agency isn't just doing it for the lulz, of course. The 3D printed pump uses 45 percent fewer bits than a traditionally manufactured part and takes half the time to make. NASA's goal is to eventually use such parts in engine designs for future projects like the Space Launch System, which could one day take humans to Mars.

In this article: 3DPrinting, gadgetry, gadgets, gear, NASA, Rockets, science, space, timeline163dprintbig, Turbopump, video
All products recommended by Engadget are selected by our editorial team, independent of our parent company. Some of our stories include affiliate links. If you buy something through one of these links, we may earn an affiliate commission.