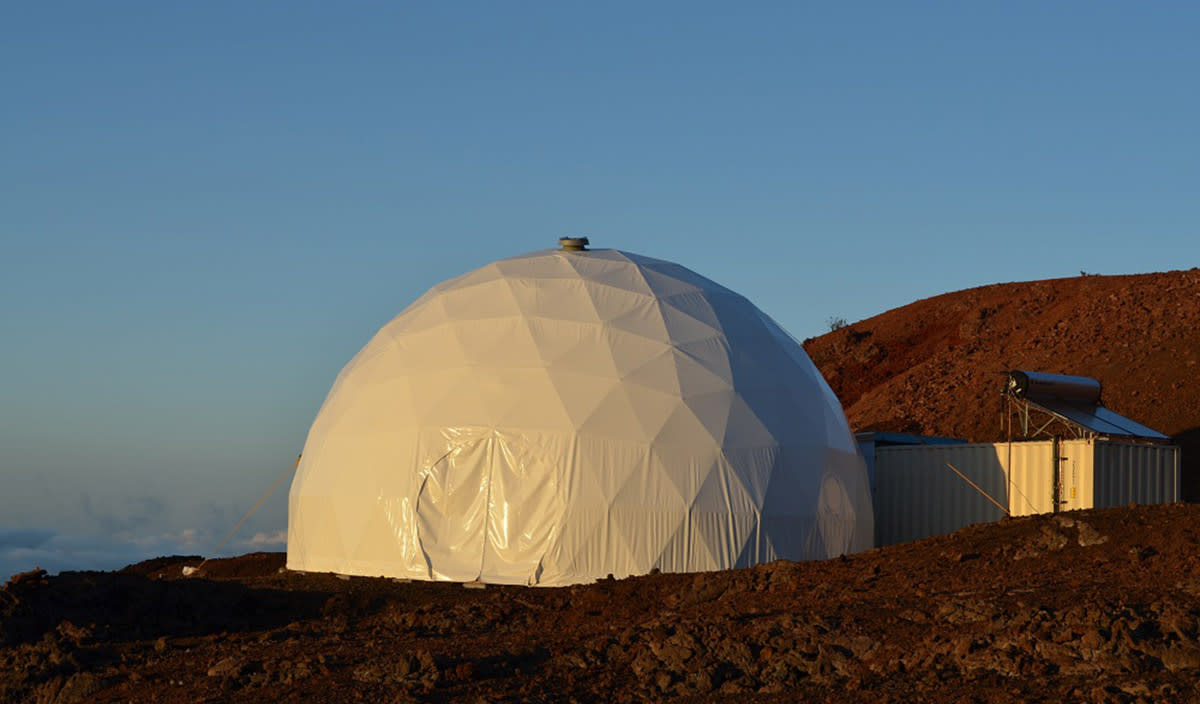 A group of six people bade the rest of the world farewell on Friday to begin their year-long stay in a cramped dome on Hawaii's Mauna Loa volcano. The French astrobiologist, German physicist and American pilot, architect, doctor/journalist and soil scientist went on a voluntary isolation to simulate a manned mission to the red planet, which could last from one to three years. The team will have to endure living together in a 36-foot-wide, 20-foot-tall abode called HI-SEAS, short for Hawaii Space Exploration Analog and Simulation. They do have (tiny) rooms of their own with enough space for a sleeping cot and a desk, but they can only go outside if they're wearing a spacesuit. All six also won't have access to comfort food if they're feeling stressed from their living situation: they have to make do with basic food items like canned tuna and powdered cheese.

While this is the longest pseudo-Mars expedition thus far, two previous teams already spent four and eight months in the dome in the past. The experiments are necessary in order for NASA to know what kind of conflicts can arise from having to live together with very little privacy in such a small space. After all, its astronauts typically spend only six months aboard the ISS per expedition.

The eight-month mission members went through some issues, for instance, though they thankfully solved them and made sure the project would go as planned. "I think one of the lessons is that you really can't prevent interpersonal conflicts. It is going to happen over these long-duration missions, even with the very best people," HI-SEAS chief investigator Kim Binsted told AFP. "But what you can do is help people be resilient so they respond well to the problems and can resolve them and continue to perform well as a team."

In this article: hawaii, hi-seas, mars, space
All products recommended by Engadget are selected by our editorial team, independent of our parent company. Some of our stories include affiliate links. If you buy something through one of these links, we may earn an affiliate commission.