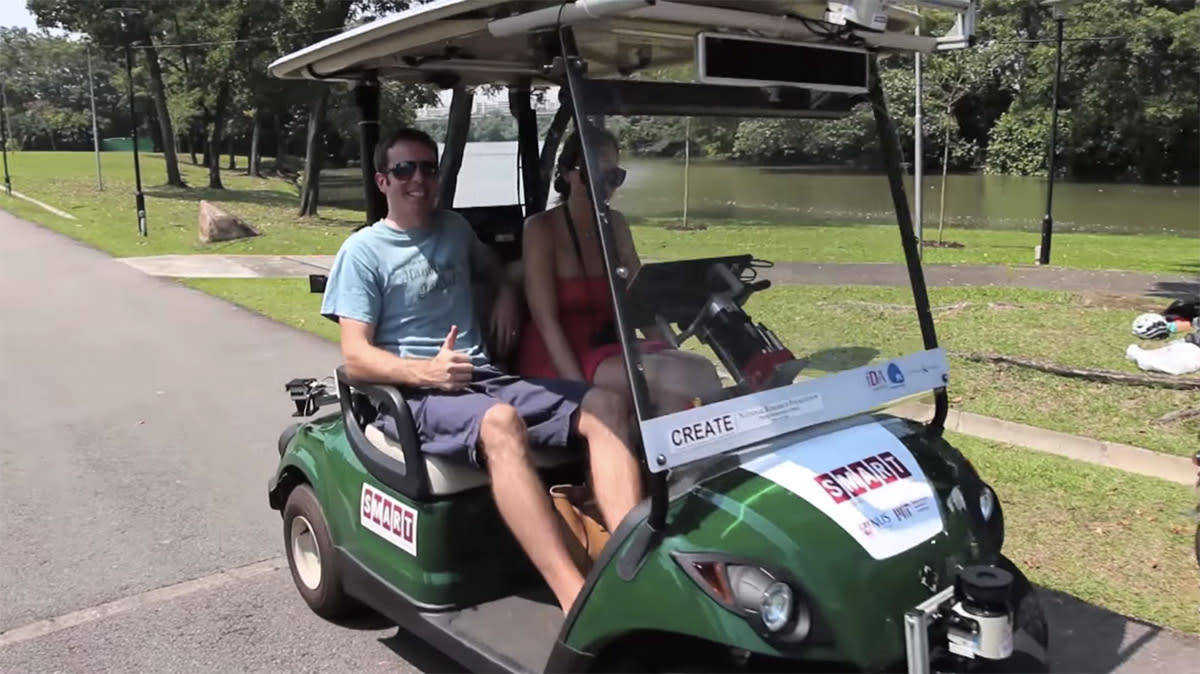 MIT and the National Research Foundation of Singapore recently tested an autonomous vehicle they developed together. No, it's not a car or a truck -- it's a golf cart. The researchers created a self-driving golf cart called SMART and deployed several at a public garden to drive 500 or so tourists around during a six-day experiment. Since they crafted a whole system and not just the autonomous vehicle itself, they also tested a booking method which people used to schedule pick-ups and drop offs. In the future, that system could be adapted to a mobile app like Uber.

The team used only cameras and off-the-shelf laser rangefinders as sensors mounted at different heights. Since carts like this move slowly (with a top speed of around 15 mph), the team's algorithms have more time to process data and adjust routes based on any obstacle they sense. The result is a relaxing ride, which almost every tester (98 percent of them) would love to repeat.

The vehicles are instrumented, but they are not as heavily instrumented as the DARPA vehicles [competitors in the U.S. Defense Advanced Research Projects Agency's autonomous-vehicle challenge] were, nor as heavily instrumented as, say, the Google car. We believe that if you have a simple suite of strategically placed sensors and augment that with reliable algorithms, you will get robust results that require less computation and have less of a chance to get confused by 'fusing sensors,' or situations where one sensor says one thing and another sensor says something different.

Admittedly, the group developed autonomous golf carts as a preliminary effort and a stepping stone towards developing self-driving cars. However, senior author Daniela Rus believes the slow-moving vehicles themselves can be used to drive the elderly around in special areas, such as shopping complexes.

In this article: driverless, golf, golfcart, MIT, self-driving, singapore
All products recommended by Engadget are selected by our editorial team, independent of our parent company. Some of our stories include affiliate links. If you buy something through one of these links, we may earn an affiliate commission.