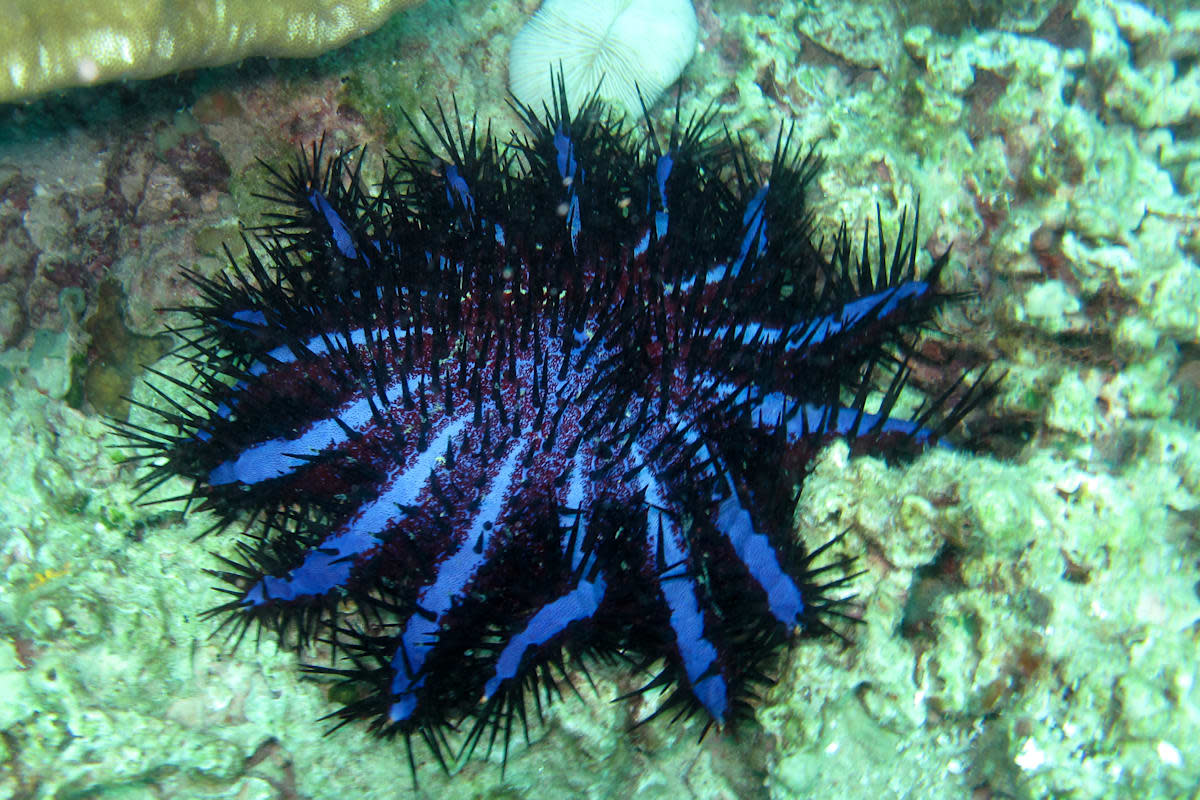 Crown-of-thorns starfish (COTS) are voracious coral consumers with a propensity for population explosions, which makes them very real threats to the world's coral reefs. And while they're typically held in check by fish higher in the food chain, overly aggressive human fishing has decimated these predator species. That's why a team from the Queensland University of Technology in Australia has spent the past decade developing a fully autonomous COTS-hunting robotic submarine to help bring these populations back into balance.

The COTSbot is a torpedo-shaped autonomous underwater vehicle (AUV) that weighs about 65 pounds. And by "fully autonomous" I mean this thing is a Skynet Hunter-Killer for starfish -- everything from navigation to the COTS-targeting system is controlled by the sub itself sans human intervention. Its belly is armed with an integrated injector system loaded with a toxin -- thiosulfate-citrate-bile salts-sucrose agar -- specifically designed to kill COTS in 24 hours with a single injection, but not harm anything else on the reef. Human divers can kill maybe 120 COTS an hour injecting them by hand. A small fleet of COTSbots can clear 99 percent of a reef infested with of thousands of these animals in just a few days. Any COTS that the bots miss can then easily be dispatched by humans or other predators, just like nature intended.

In this article: Australia, autonomous, AUV, COTSbot, Crown of Thorns, drones, marine, QueenslandUniversityofTechnology, seastars
All products recommended by Engadget are selected by our editorial team, independent of our parent company. Some of our stories include affiliate links. If you buy something through one of these links, we may earn an affiliate commission.