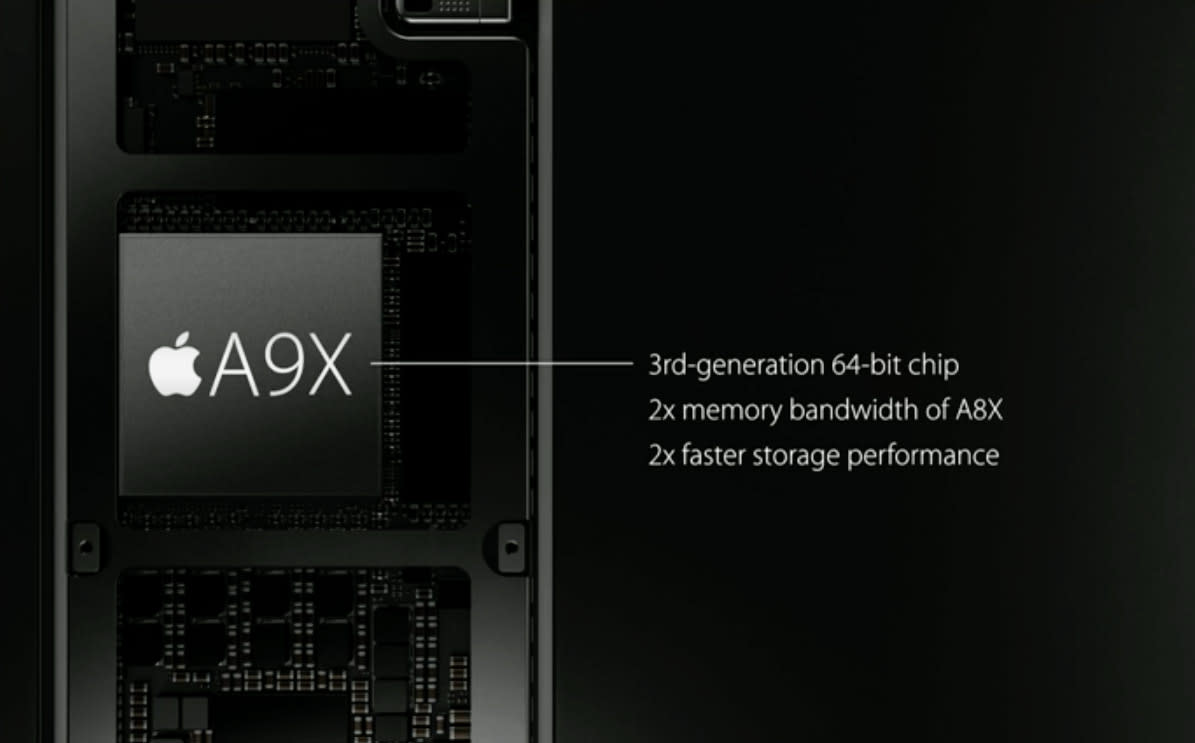 New iOS devices usually mean new processors, and sure enough, Apple has taken the wraps off of some fresh silicon. The A9X in the iPad Pro is a doozy, packing up to 80 percent better performance than the A8X from the iPad Air 2. It's a champ beyond raw computational power, too, with twice the graphics and storage performance as well as double the memory bandwidth. Supposedly, the A9X is more powerful than 80 percent of portable PCs released in the past year -- that's a bold claim that we'll want to verify for ourselves, but it's certainly promising.

Of course, the A9X isn't alone. Both the iPhone 6s and 6s Plus are carrying an A9 processor that's up to 70 percent faster overall, and 90 percent faster in graphics. It's supposedly "console-class" (again, we'll be the judge of that!) and optimized for real-world conditions. Importantly, it's also smarter. There's an M9 motion co-processor built into the A9 that's always on, letting you voice-activate Siri without having to plug in like you do with earlier iOS devices. This kind of hands-off voice command support isn't new -- hello, Moto X -- but it's good to see it in an iPhone.

In this article: a9, a9x, apple, iphone2015, iphone6s, iphone6splus, m9, mobilepostcross, processor, siri
All products recommended by Engadget are selected by our editorial team, independent of our parent company. Some of our stories include affiliate links. If you buy something through one of these links, we may earn an affiliate commission.