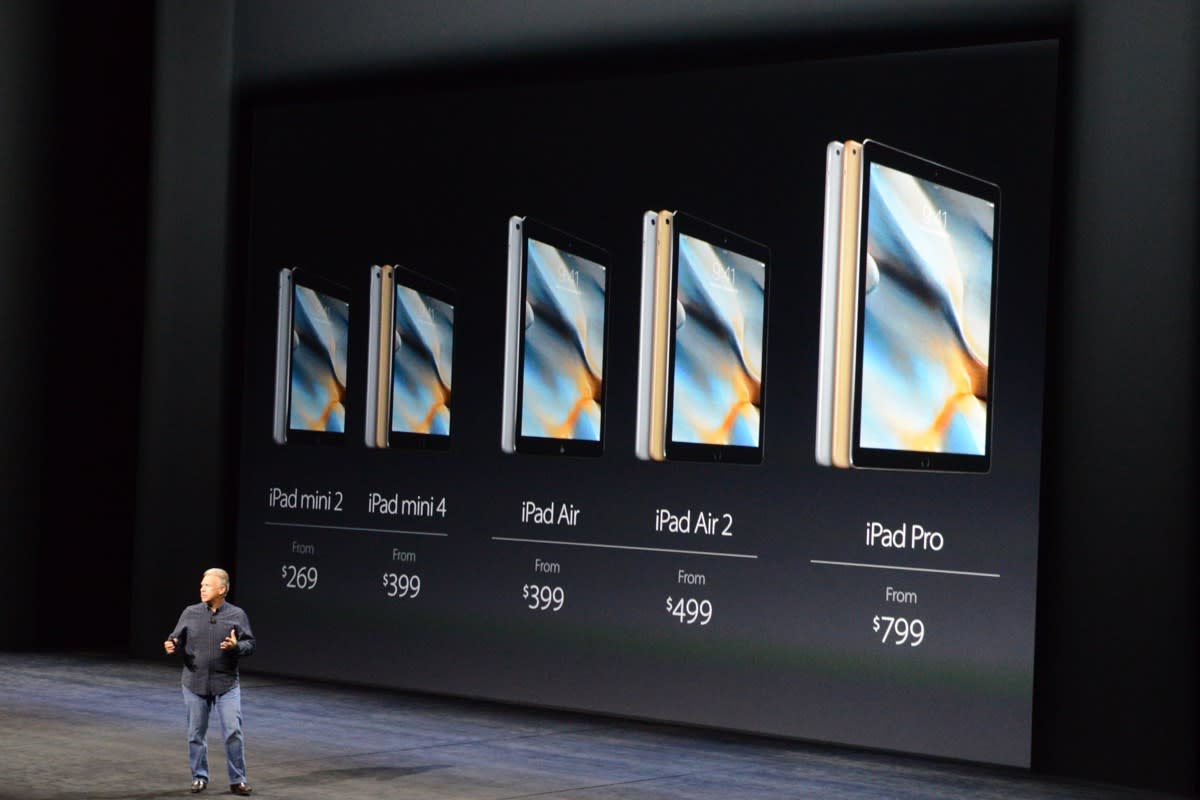 Apple's iPad line has typically been the star of its own October event in years past, but the company is changing things up and including iPad updates in its big iPhone event today. The big news is the new iPad Pro, but Apple is also releasing the new iPad mini 4, the first substantial update to Apple's smaller iPad in almost two years. As the rumors predicted, Apple's 7.9-inch tablet has had its internals updated to be a near match for last year's iPad Air 2. That means Apple's A8 processor is on board, a substantial upgrade from the A7 the iPad mini has sported for the last two years. That extra processing power is particularly important, because it means the iPad mini should be able to run all of iOS 9's fancy new multitasking features.

The new iPad mini is slightly thinner and lighter than last year's model, and Apple also upgraded the mini's back camera (if that sort of thing is important to you). It now sports an 8-megapixel shooter; in all likelihood, it's the same camera found on the iPad Air 2. Otherwise, the iPad mini 4 is just what you expect: it comes in space gray, silver and gold, includes storage starting at 16GB going all the way up to 128GB and keeps the same excellent Retina display the device has featured since 2013. As with last year, pricing starts at $399 for the 16GB model. This is the update we had hoped we'd see for the iPad mini last year -- aside from adding Touch ID, the iPad mini 3 was identical to the model that preceded it. And with Apple keeping the iPad mini 2 on sale at a pretty significant discount, it was hard to recommend last year's model.

That's all changed now, as the iPad mini 4 is a closer match spec-wise with the iPad Air 2 -- and it looks like Apple's larger-screen iPad isn't getting an update, at least not at this event. (Rumors say it'll be updated sometime in 2016, but it's not clear exactly when yet.) Apple also cut the price of the iPad mini 2 to $269 for a 16GB model. It's a little disappointing that Apple seems to be slowing down the pace of iPad hardware updates, but it's entirely possible this new pattern is due to the thought that consumers don't upgrade their iPads nearly as often as they do their smartphones.

Update: This post has been updated to reflect that the iPad mini's processor is the A8, rather than the A8X found in the iPad Air 2.

In this article: apple, ipad, ipadair, ipadmini, ipadmini4, iphone2015
All products recommended by Engadget are selected by our editorial team, independent of our parent company. Some of our stories include affiliate links. If you buy something through one of these links, we may earn an affiliate commission.