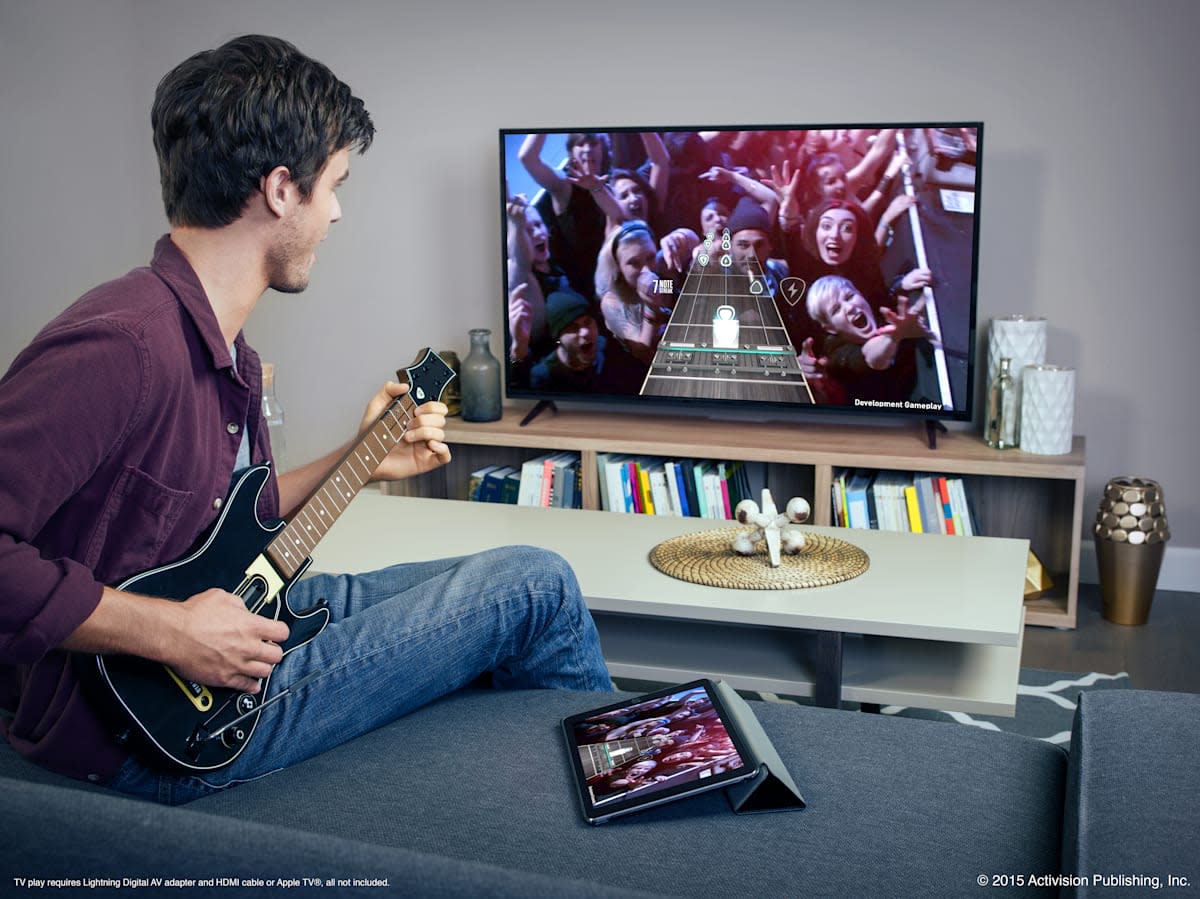 Guitar Hero Live, Skylanders SuperChargers and Geometry Wars 3: Dimensions are on their way to Apple TV, iPad, iPhone and iPod Touch in the fall. Additionally, Disney Infinity 3.0 is heading to Apple TV by the end of the year. But that's the old news.

Here's the new, technical bit: Apple TV supports MFi-based gamepads, rather than non-certified Bluetooth options, as outlined in its description. MFi is a licensing program for devices that connect to Apple products and you can read more about it right here. Basically though, Star Wars fans and wannabe rock stars can rest easy. The newly designed, Bluetooth Guitar Hero Live instruments will work across all Apple devices, including Apple TV. Disney Infinity 3.0 will get a wireless Bluetooth base just for Apple TV (note that the console version of that base is wired, sometimes leading to terrible accidents). Skylanders SuperChargers uses Bluetooth devices and these will work with Apple TV as well, according to Activision.

"If you already own a Bluetooth portal and controller from the iPad version of Skylanders Trap Team, you can use the same devices for Skylanders SuperChargers," Activision says. "All you need to do is download the game and you are good to go." Additionally, the SuperChargers Starter Pack for Apple devices includes a Bluetooth-enabled portal and an embedded Bluetooth controller.

Apple TV supports the new Siri Remote -- which includes a touchpad, gyroscope and accelerometer -- plus the iPod Touch or iPhone as controllers, in addition to third-party MFi-based gamepads.

With Apple TV, players will be able to begin playing games in the living room and then continue playing on iPad, iPhone or iPod Touch (if someone tries to take over the TV or something). Crossy Road, Transistor, Rayman Adventures, Disney Infinity 3.0, Shadowmatic, Beat Sports, Manticore Rising and Guitar Hero Live are confirmed for Apple TV so far. Crossy Road took center stage during Apple's event for a while and showed off its new multiplayer mode, which will launch alongside Apple TV in October.

In this article: Activision, apple, bluetooth, guitarherolive, hdpostcross, iphone2015, SkylandersSuperChargers
All products recommended by Engadget are selected by our editorial team, independent of our parent company. Some of our stories include affiliate links. If you buy something through one of these links, we may earn an affiliate commission.