VR is the prize at the bottom of your cereal box 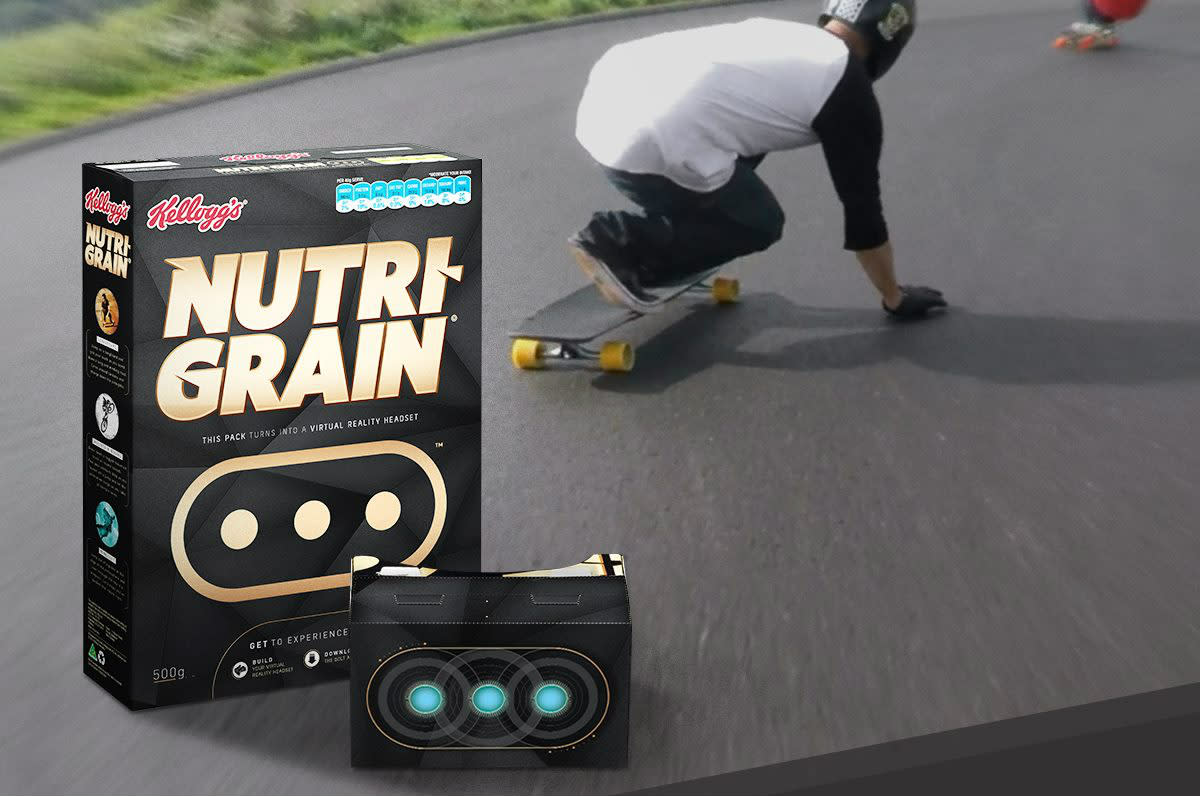 A virtual reality (VR) headset now costs the same as a box of breakfast cereal, provided you've got a decent smartphone lying around. In New Zealand, Kellogg's is promoting packs of Nutri-Grain by bundling instructions that transform the box into a Google Cardboard-style device. As a photo by Geekzone shows, the piece with the two lenses is contained separately, and with a little assembly you'll have a makeshift headset that uses your smartphone as the display. Scanning the QR code on the box will send you to the "NG Bolt" app in the App Store or Google Play, where you can watch one of three videos -- a wingsuit flight, a mountain bike ride and a downhill longboard session. Sure, it's nothing like the Oculus Rift, but like Google Cardboard it's a creative way of bringing VR to the masses.

In this article: cereal, cerealbox, googlecardboard, virtualreality, vr, vrheadset
All products recommended by Engadget are selected by our editorial team, independent of our parent company. Some of our stories include affiliate links. If you buy something through one of these links, we may earn an affiliate commission.