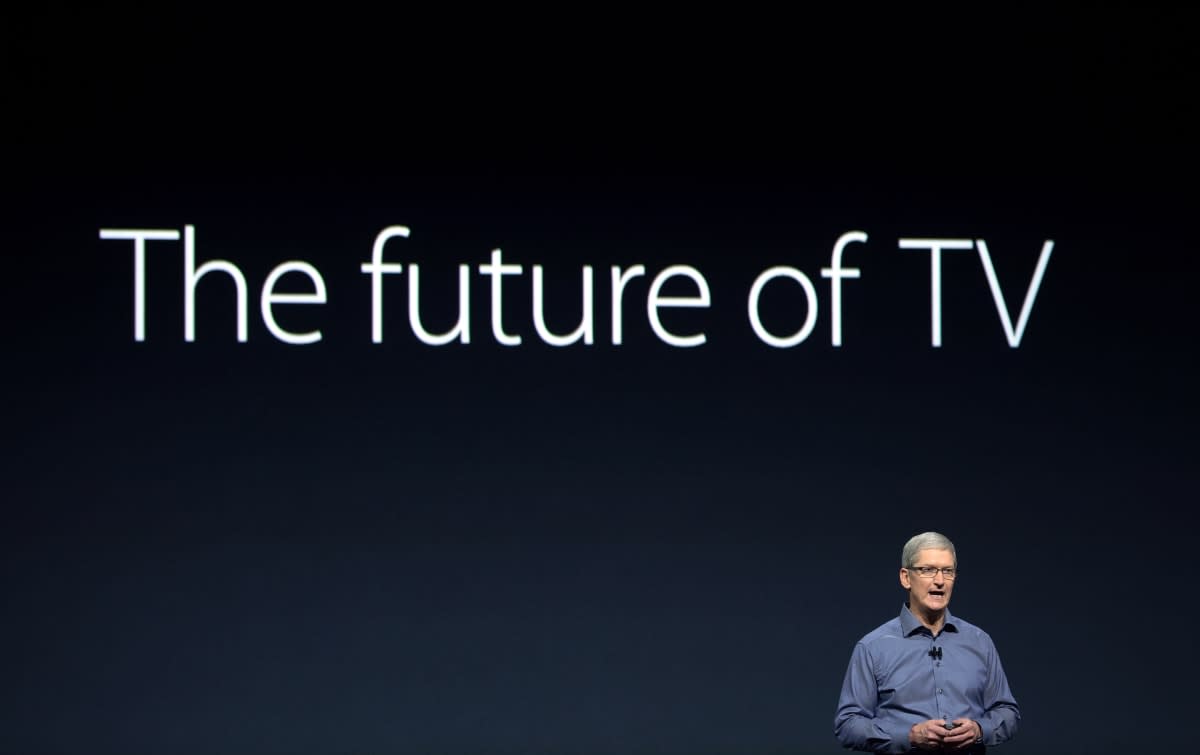 Stephen Colbert continues to rack up high-profile tech guests for The Late Show and the latest is none other than Apple CEO Tim Cook. Of course, Colbert announced it in the most new-Colbert way possible: Smiling for the camera, talking into his Apple Watch in a Twitter photo and asking Siri to pencil the Cupertino boss in for next Tuesday, September 15th. It probably isn't a far cry to expect the iPhone 6S and iPad Pro will be major points of conversation, but anything's possible. Set your DVRs, folks.

"Siri, put Apple CEO Tim Cook on my calendar for Tuesday, Sept. 15. Oh, and come up with some questions to ask him." pic.twitter.com/mXutum0Bp6

In this article: apple, cbs, ceo, hdpostcross, latenight, mobilepostcross, stephencolbert, thelateshow, timcook
All products recommended by Engadget are selected by our editorial team, independent of our parent company. Some of our stories include affiliate links. If you buy something through one of these links, we may earn an affiliate commission.