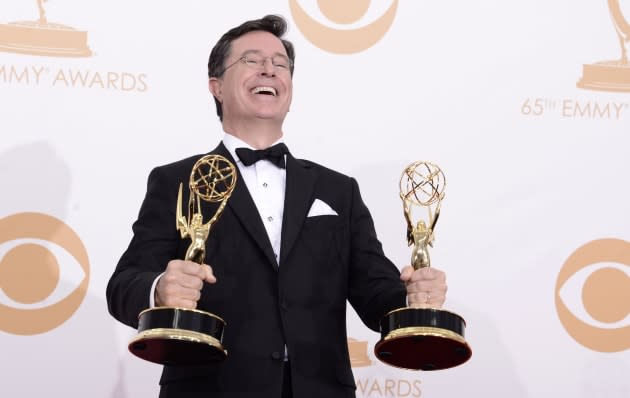 Stephen Colbert's no stranger to the internet or technology, but you can't exactly say the same for the show he starts hosting in December. Well ahead of his first night behind the The Late Show desk, CBS has launched an iOS app, new website and a rash of social media accounts bearing Colbert's moniker. Sure, Conan and The Tonight Show with Jimmy Fallon have their fingers in this pond already, but this move showcases a pretty big generational change when you compare this to the environment David Letterman debuted to in 1993. No disrespect to Letterman, but it's rather refreshing. Oh, and there's a teaser video below in case you're curious about what the former Daily Show correspondent has been up to for the past few months. Spoiler: he has a beard.

In this article: apps, colbert, hdpostcross, IOS, mobile, mobilepostcross, SocialMedia, StephenColbert, TheLateShow, thelateshowwithstephencolbert
All products recommended by Engadget are selected by our editorial team, independent of our parent company. Some of our stories include affiliate links. If you buy something through one of these links, we may earn an affiliate commission.