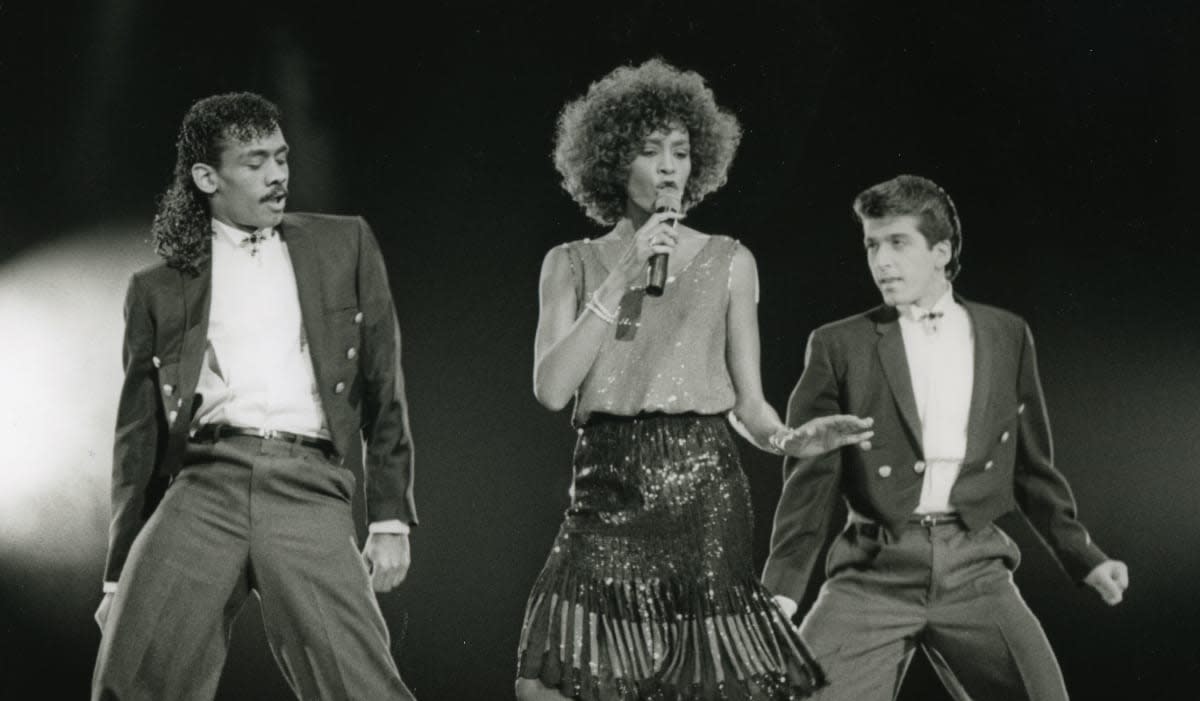 It's may be slightly creepy that we've fallen into a habit of "resurrecting" dead celebrities with a mix of computer graphics and ancient stage trick known as "Pepper's Ghost," but that's the reality we live in. Now, Hologram USA, the company that brought Tupac's likeness to Coachella in 2012, is bringing back another celebrated performer: Whitney Houston. "It's a great opportunity for her fans to see a reinvention of one the most celebrated female artists in history," says Pat Houston, sister-in-law to Whitney and executive of the star's estate. "I'm looking forward to the partnership."

Creating a believable likeness of a departed celebrity for the stage is no easy task, but this isn't Hologram USA's first rodeo. In addition to the famous Tupac and Michael Jackson performances, the company has created Pepper's Ghost holograms of Patsy Cline, Buddy Holly, Liberace, Julian Assange and more. The company's also working on a series of shorts fearing deceased comedians, due to debut next year at the National Comedy Center in New York. There's clearly plenty of demand for the company's near-holographic illusion. Oh, and that Whitney Houston show? It'll debut in the US in 2016, and is slated for a worldwide tour later that same year.

In this article: av, entertainment, hologram, hologramusa, houston, peppersghost, timeline16holostar, Whitney Houston, whitneyhouston
All products recommended by Engadget are selected by our editorial team, independent of our parent company. Some of our stories include affiliate links. If you buy something through one of these links, we may earn an affiliate commission.