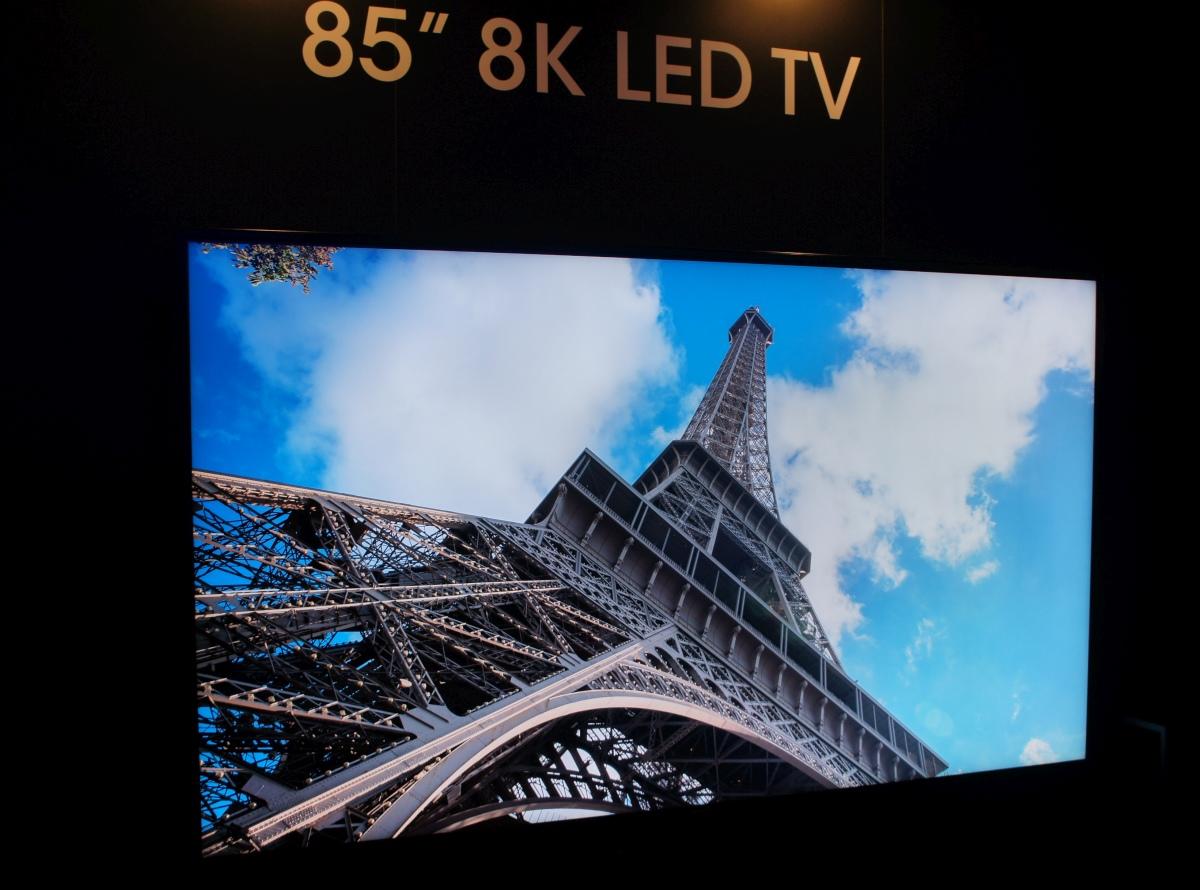 Sharp has demonstrated Super Hi-Vision 8K displays before (as seen above during CES 2015), but today in Japan it announced an 85-inch version is going on sale October 30th. Dubbed the LV-85001, it's a monitor (it has a tuner so you could call it a TV, but that can't actually receive 8K video) for professional use only, mostly since there aren't really any broadcasts or content to watch in 8K. Coming in at 16 times the resolution of 1080p screens, the 7,680 x 4,320 pixel LCD panel uses Sharp's IGZO technology. To actually watch any 8K video, you'll need to plug into all four of its HDMI inputs at once just to have enough bandwidth. If you're interested (and why wouldn't you be, even though there's almost nothing to watch), just contact Sharp's business-to-business sales unit, and bring along a check for 16,000,000 yen, or about $133,034 US.

Of course, it's not actually time to throw your 4K (or if you're really old-school, 1080p) HDTV aside. Ultra HD Blu-ray movies in 4K are still just around the corner, and actually delivering 8K video is still a few years away. Testing out broadcasts is one thing professionals can actually do with this new display, and Japan's NHK has been working on the technology for years. Public tests could start as early as next year, and the first broadcasts are scheduled for 2018. I saw a test 8K broadcast in Washington DC during the 2012 Olympics, and while it was amazing and immediately well-beyond anything else I've ever seen before, it required nearly an entire room of equipment and a connection via Internet2 just to handle all the data. It will probably be 2020, at least, before 8K is any kind of realistic option, so don't worry about future proofing just yet.

In this article: 85-inch, 8K, av, breaking news, gear, hdpostcross, IGZO, LCD, LV-85001, Sharp, SHV, SuperHi-vision, TL188K
All products recommended by Engadget are selected by our editorial team, independent of our parent company. Some of our stories include affiliate links. If you buy something through one of these links, we may earn an affiliate commission.