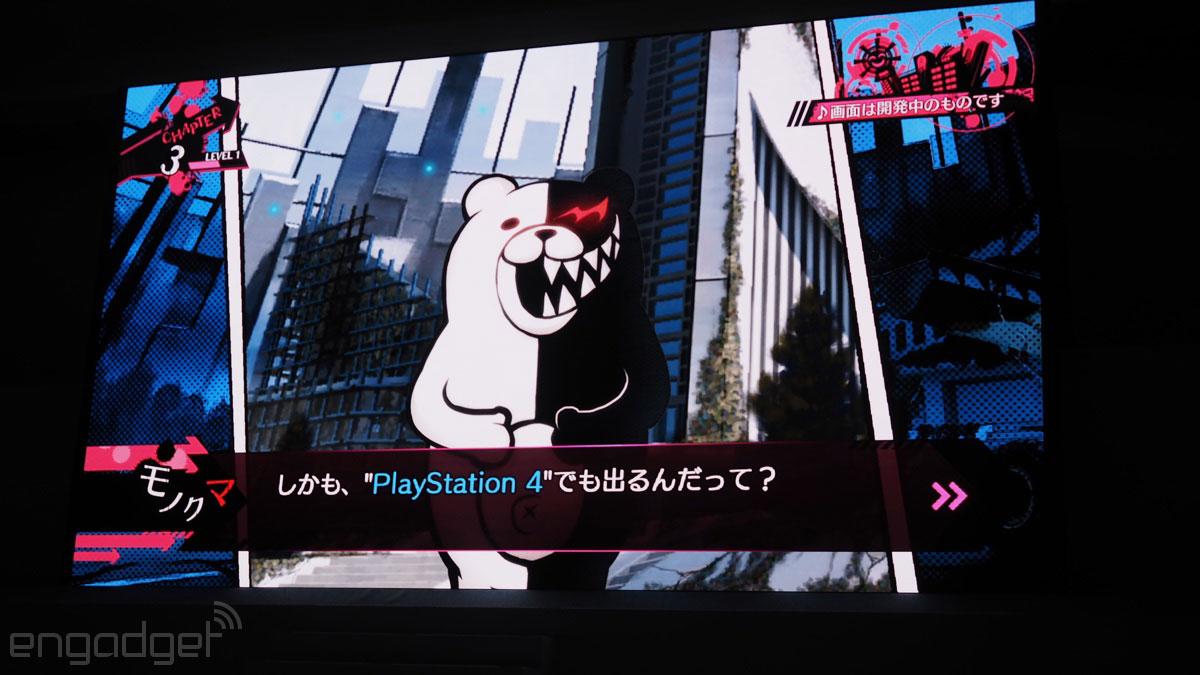 If you've not played (or heard of) Danganronpa, they're a visual novel series that lie somewhere between Battle Royale and a high school dating sim: it's all about as murderous and plot-twisty as you might expect. Populated with anime characters and obeying the same stretched rules of logic as Phoenix Wright, the dark (sometimes very dark) series is getting now another sequel. Danganronpa v.3 made its first appearance at Sony's TGS press event -- two days before the thing officially starts -- sans release date, but with the fact that it'll land on both PS4 and Vita. Monochrome murderous bears for everyone.

In this article: DANGANRONPA, danganronpa3, kuma, playstation, ps4, psvita, sony, tgs2015, vita
All products recommended by Engadget are selected by our editorial team, independent of our parent company. Some of our stories include affiliate links. If you buy something through one of these links, we may earn an affiliate commission.