#IStandwithAhmed supports teen arrested for making his own clock 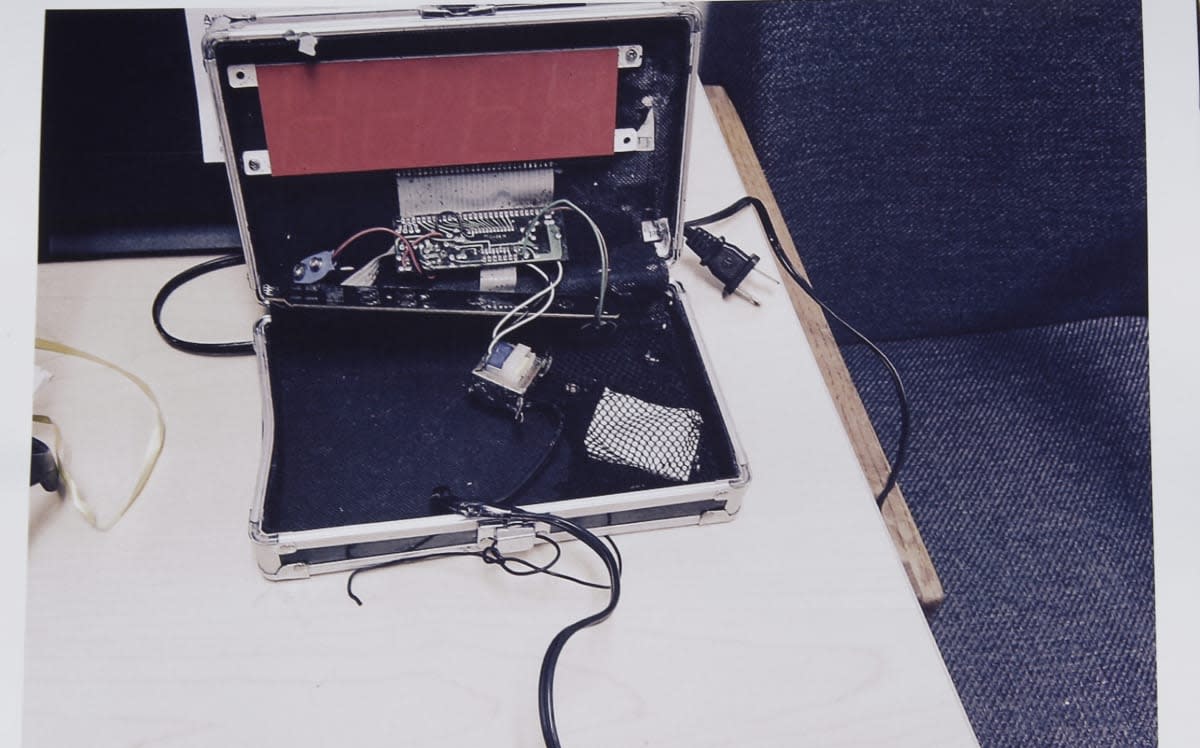 Last night, the Dallas Morning News reported an odd story. A teenager in Irving, TX brought a homemade electronics project to school, and while his engineering teacher called it "really nice," after another teacher saw it the police got involved. He was arrested, handcuffed and potentially faced charges of making a hoax bomb, even though according to an Irving PD spokesman, he never told anyone the wires, circuits and LCD made anything other than a clock.

As seen above opened up (the LCD faces outward), the small case doesn't look like much of anything, but cops who apparently got their training from 80s movies couldn't see any alternative. Despite lacking any explosives -- and being a clock -- that it was made by Ahmed Mohamed, a Muslim student whose family immigrated from Sudan, was seemingly enough to raise suspicion. Although school officials, police and the local mayor curiously couldn't figure out how to support a young innovator, this story turns when the internet filled in with the rapid spread of #IStandwithAhmed on social media.

The hashtag #IStandwithAhmed joined people around the world in expressing support for Mohamed and his interests, as well as disgust at the way he has been treated. People have posed with clocks and shown off their bare-wire circuitry experiments that could be cause for arrest if the police guess you look like a potential terrorist.

You've probably seen the story about Ahmed, the 14 year old student in Texas who built a clock and was arrested when he...

Cool clock, Ahmed. Want to bring it to the White House? We should inspire more kids like you to like science. It's what makes America great.

Former blogger tech entrepreneur and writer Anil Dash has been vocally supportive of the teen since the story broke, creating a Help Ahmed Make page for others to reach out with possible projects and support of Mohamed and his family. Now, others are chiming in as well. Pebble has expressed support to a fellow clock-maker, and invites for the student have come in from JPL/NASA, MIT, the White House and Facebook.

@IrvingPD says nothing to support intent to harm. Not an explosive device @NBCDFW pic.twitter.com/XYnfkayzd3

Today Irving Police announced they would not press any charges, but that doesn't excuse the fact that this silly event ever happened, and probably will again. The mayor of Irving stated in a Facebook post that the police were "following protocol" for a Hoax Bomb. This is the same mayor who recently pushed for a bill that she claimed would protect against "foreign" law from being used in court rulings, in an attempt to "solve" the problem of an Islamic mediation panel.

This recalls an incident two years ago when another teenager working on a science project was arrested, expelled and charged with a felony after a science experiment. Charges against Kiera Wilmot were eventually dropped, but she still had to finish her high school education at another school after enduring the embarrassing episode.

Sometimes when people in your area don't think you look like an engineer, you get a different response to the same projects of ingenuity and creativity that we love to see here on Engadget. This creates a chilling effect that serves no one, and makes for a tech world that's less interesting and inclusive than it can be. Creativity should be for everyone -- find out how to make your own innocuous-looking clock here -- and hopefully long after this hashtag is done trending, people will remember that. Further updates from Ahmed Mohamed and his family are available from @IStandwithAhmed.

In this article: AhmedMohamed, arrest, electronics, Istandwithahmed, maker, socialmedia
All products recommended by Engadget are selected by our editorial team, independent of our parent company. Some of our stories include affiliate links. If you buy something through one of these links, we may earn an affiliate commission.