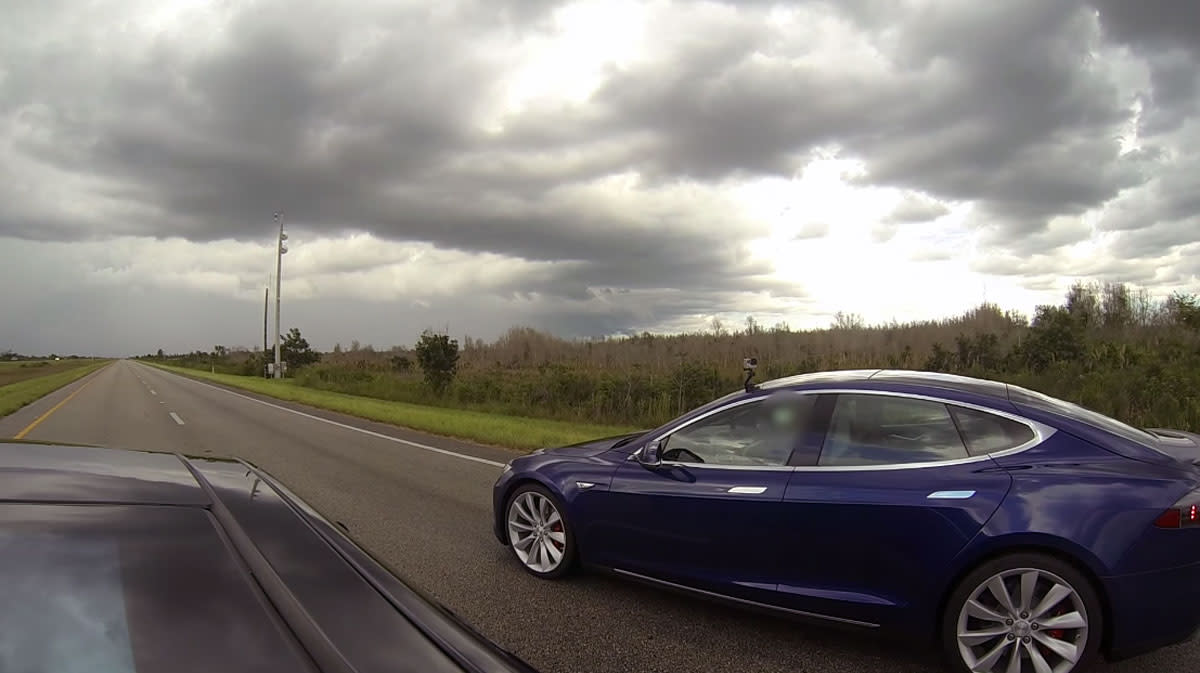 When Tesla introduced its extra-fast Ludicrous Mode for the Model S, it also raised a big question: is that acceleration advantage over the already-quick Insane Mode actually meaningful? Thankfully, some owners were willing to find out. DragTimes has posted a drag race between a Model S P85D (using Insane Mode) and a P90D (using Ludicrous) to see how much that added performance really matters. And the answer is "quite a lot" -- as you'll see in the clip below, the P90D pulls ahead quickly and leaves the P85D firmly in the dust. Who'd have thought that the P85D would suddenly seem pokey? You'd expect this kind of lead when it costs at least $5,000 extra to get the Ludicrous setting, but it's still good to have evidence that you're getting more than just a spec bump.

In this article: car, dragrace, electriccar, electricvehicle, ev, insanemode, ludicrousmode, models, race, tesla, transportation, video
All products recommended by Engadget are selected by our editorial team, independent of our parent company. Some of our stories include affiliate links. If you buy something through one of these links, we may earn an affiliate commission.