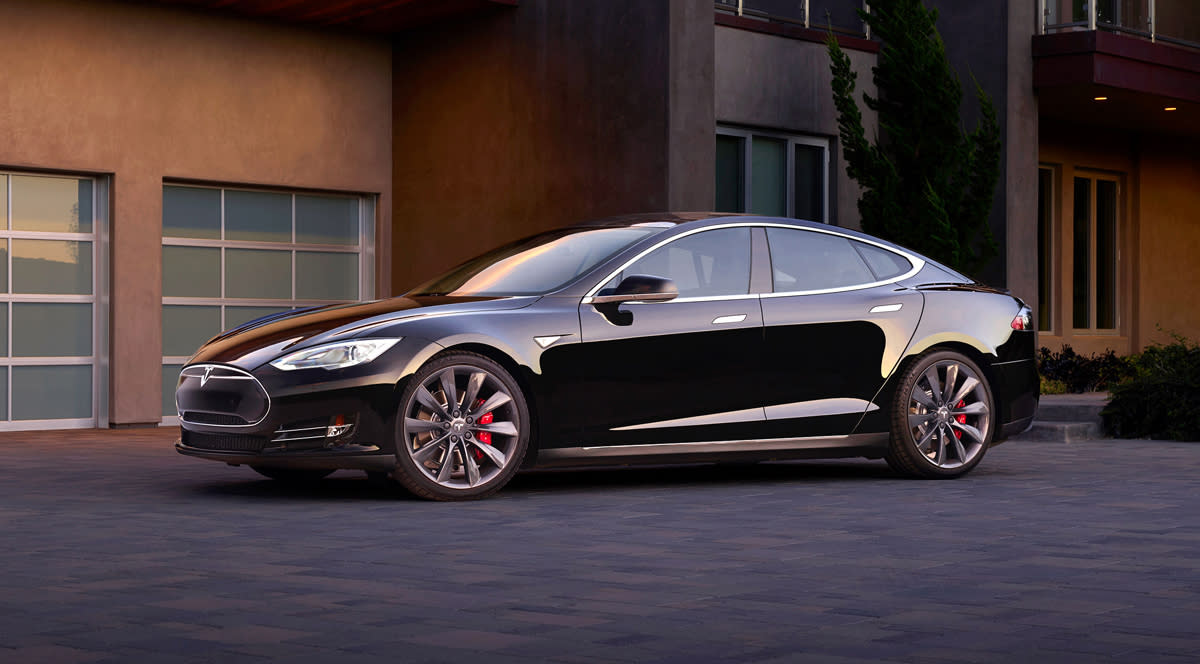 Today Tesla announced a new "Ludicrous Mode" for its top-of-the-line Model S P85. The new mode reduces the 0-60 MPH time to 2.8 seconds with a quarter mile time of 10.9 seconds. The front engine now has 259 hp while the rear engine is pushing 503 hp. Wow! The new electronics pack that makes Ludicrous Mode possible for the Model S will cost new owners an additional $10,000. Current owners will be able to upgrade their vehicle for $5,000 for the next six months. Tesla CEO Elon Musk said that the new mode pushes the vehicle to 1.1Gs while accelerating and that it's "faster than falling." Musk also introduced a new 90kWh battery pack upgrade for the 85kWh Model S which increases the range five percent for $3,000. The 70 kWh rear-wheel drive Model S also got a price drop to $70,000.

Tesla's previous Insane Mode pushed the Model S Performance to 0 - 60mph in 3.2 second. Musk said that customers love insane mode and with a chuckle noted that, "no one asked for Ludicrous mode because it's too ludicrous." He added that the company figured out how to go beyond Insane Mode and decided, "we should release that."

Then Tesla teased an entirely new car according to Musk in today's press release: "There is of course one speed faster than ludicrous, but that is reserved for the next generation Roadster in 4 years: maximum plaid." Not sure if he's joking about Maximum Plaid, but a new roadster is exciting news for folks wanting speed in a tiny package.

Earlier today Musk announced that in addition to today's news, there will be a discussion about SpaceX rockets on Monday. A Falcon 9 rocket explosion in June put the company's launch schedule on hold for a few months. Monday's will probably be about the Falcon 9 accident and when SpaceX expects to resume it rocket launches.

In this article: ElectricVehicle, EV, Tesla, TeslaModelS
All products recommended by Engadget are selected by our editorial team, independent of our parent company. Some of our stories include affiliate links. If you buy something through one of these links, we may earn an affiliate commission.