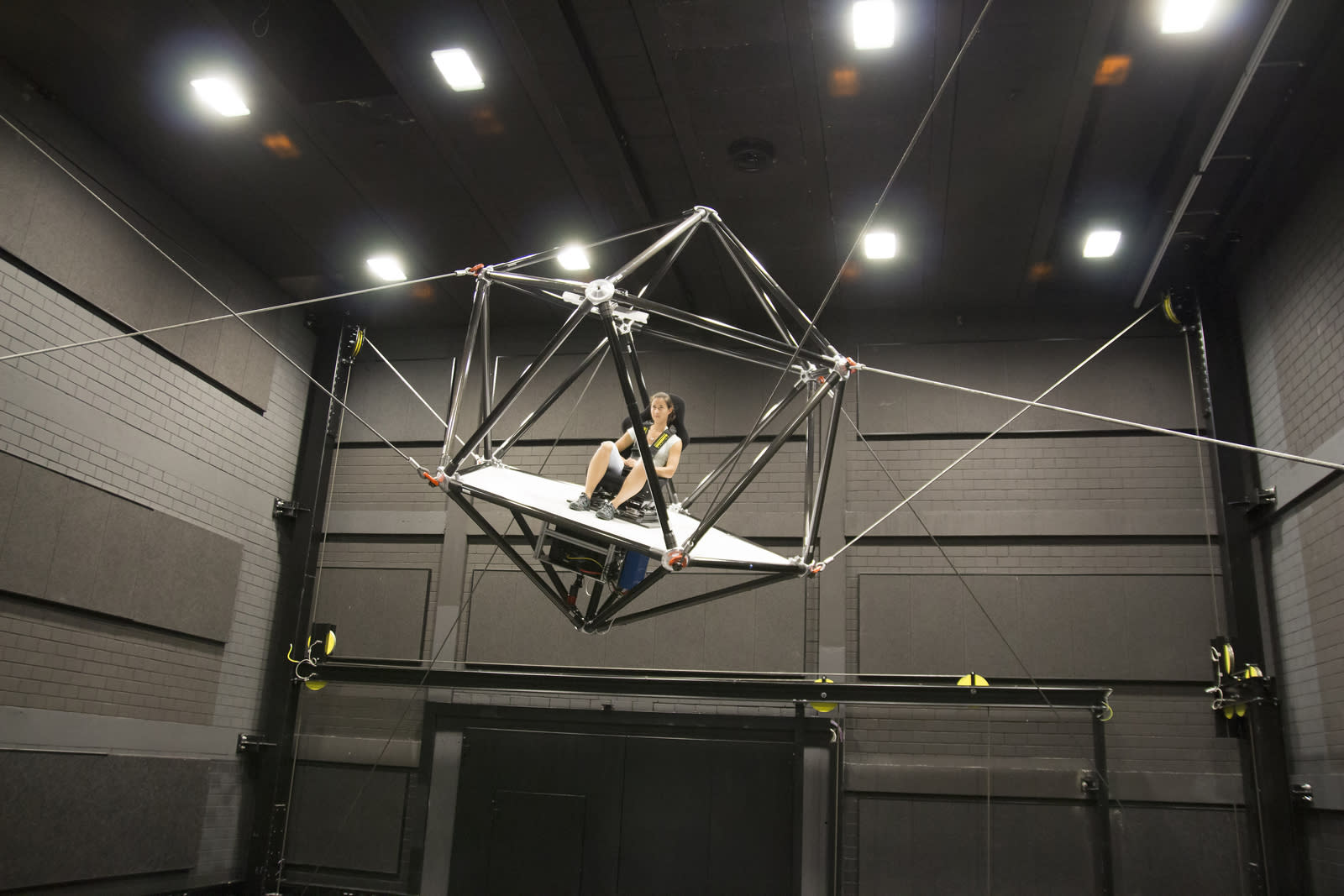 Virtual reality headsets can trick our eyes and ears into believing we're someplace else. Fooling the rest of the body is a little trickier though. Companies have tried spinning chairs and omnidirectional treadmills, but nothing comes close to the "Cable Robot Simulator" developed at the Max Planck Institute for Biological Cybernetics. The player wears a wireless VR headset inside a carbon fibre cage, which is then suspended in mid-air and thrown around the room using eight steel cables. The exposed pod is able to tilt, bank and move with an acceleration of up to 1.5g in response to the VR experience. Researchers have shown off some basic flight and racing simulations, but we're already imagining how it could be used in our favorite video games. A dogfight in Star Wars: Battlefront? Tearing around corners in F-Zero GX? The possibilities are endless. It's still very much a prototype, and hardly suitable for home use, but we're desperate to have a go ourselves.

In this article: av, cablerobotsimulator, gadgetry, gadgets, pod, timeline16vrgear, virtualreality, vr, VRheadset
All products recommended by Engadget are selected by our editorial team, independent of our parent company. Some of our stories include affiliate links. If you buy something through one of these links, we may earn an affiliate commission.