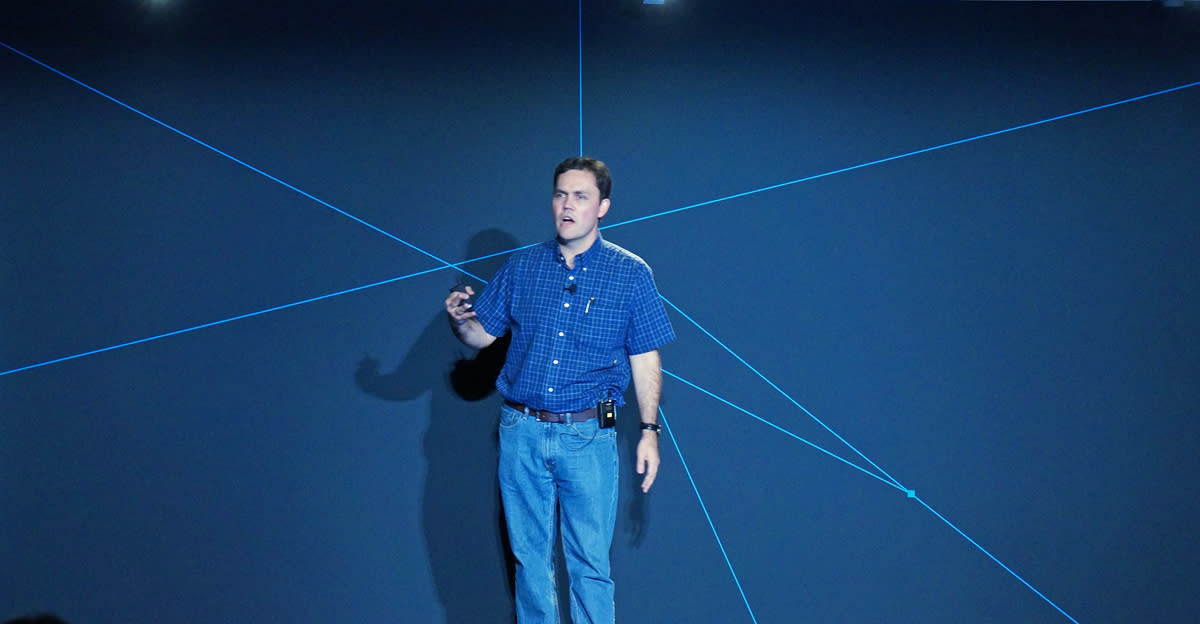 It's inevitable at this point: After having experienced a variety of virtual reality -- from gaming to cinematic -- whenever I'm about to enter into a new demo, my anxiety spikes. "Is this going to make me massively ill?" I wonder, fearing the subsequent rapid heartbeat, flop sweat and nausea that mark the unwelcome arrival of motion sickness. I mention this not to discredit the coming revolution of VR -- because I do think it's here to stay and I'm glad for it -- but to sound an alarm bell for the industry. If VR is to go mainstream -- and given Facebook's billion-dollar bet on Oculus VR, it very well should -- consumers like me need to stop getting sick. It's a pitfall the brilliant developer Jesse Schell mocked in his talk on making great VR at Oculus Connect 2 in Los Angeles: "Our game is so good it makes you vomit." Schell's comment was obviously made tongue-in-cheek, but it underscored a common symptom of faulty VR development. Thankfully, there's an antidote to this: education.

As I write this, I'm battling a headache that's sprouted from two consecutive hours of VR demo sessions. When VR is done right -- as Oculus' own film-focused Story Studio has proven -- I don't find myself racing to the nearest CVS or hotel reception desk, frantically searching for Tylenol to calm my malaise; I'm usually wide-eyed and gushing about the impact of the experience. It's just that so often, in the race to embrace this new medium, the development standards, however nascent, are being overlooked. Which is fine, as this is just the first wave of the new generation of VR and experimentation is expected. But something's gotta give and that something is unnatural movement.

Schell, designer of the award-winning VR game I Expect You To Die and professor at Carnegie Mellon University, highlighted this as one of his six key VR lessons. Avoid virtual camera motion. Avoid acceleration/deceleration. That sounds simple enough, but many developers, even those considered first-party from titans like Sony PlayStation, are crafting experiences where the camera is manipulated by one of the controller's thumbsticks; and the experience can go from slow and comforting to fast-paced, full-tilt vertigo. I know enough now to push lightly on the thumbstick and tread carefully when confronted with such a VR control scheme, but when 2016 hits and these headsets hit the market, will others like me know to do the same? Should there even be a VR handicap?

I won't run down the list of Schell's VR rules of thumb -- he's already done so over at Gamasutra -- but it was an anecdote of his from developing I Expect You To Die that resonated with me. During early development of that title, Schell and his team noticed that players seemed to enjoy stacking virtual books atop one another. Within the scope of the game's design, it served no purpose, but his team retained the mechanic because it was fun. And really, that's where the focus of VR development needs to go. Forget replicating video game experiences; forget replicating cinematic experiences. Go, instead, with what amuses consumers and comforts them, and what works for VR. Don't break the "fragile soap bubble" of immersion, as Schell put it. Don't create another experience that makes me sick.

"This is a very special time," Schell bellowed to the packed auditorium of developers. "Are you ready to invent this new medium?" For my sake (and that of my inner ear), I hope they are.

In this article: hdpostcross, IExpectYouToDie, JesseSchell, MotionSickness, OculusConnect2, uk-feature, VirtualReality, VR
All products recommended by Engadget are selected by our editorial team, independent of our parent company. Some of our stories include affiliate links. If you buy something through one of these links, we may earn an affiliate commission.