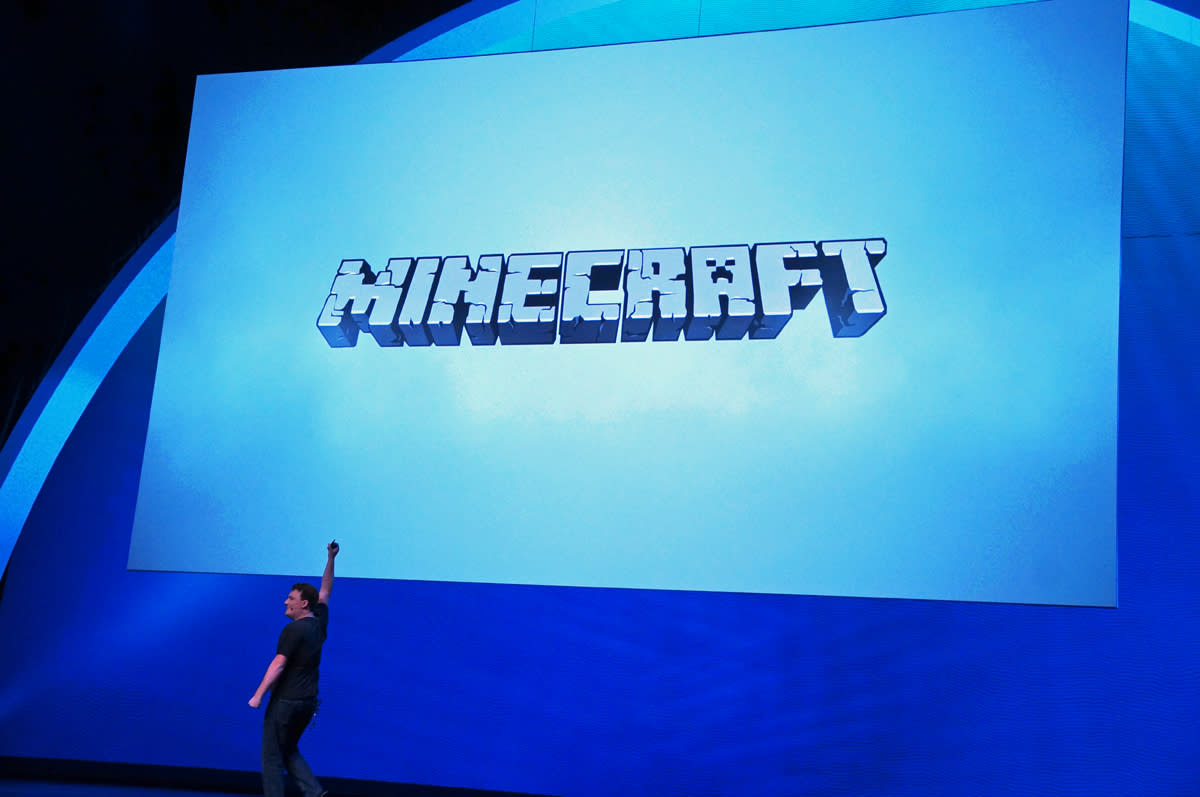 Palmer Luckey, the boy wonder co-founder of Oculus VR, surprised attendees at the company's Connect 2 developer conference today with news that Minecraft is headed to the Rift. Though Oculus has yet to announce a release date for its virtual reality headset, it is expected to hit retail sometime next spring, at which point Minecraft will be made available on both the Windows Store and Oculus Store. It's no surprise that Microsoft would extend the massively popular crafting game to the Rift platform as it's recently demoed several augmented reality versions for its HoloLens headset, and pledged to support both Oculus and Vive's brand of VR.

In this article: hdpostcross, microsoft, Minecraft, Oculus, OculusConnect2, OculusRift, Windows10
All products recommended by Engadget are selected by our editorial team, independent of our parent company. Some of our stories include affiliate links. If you buy something through one of these links, we may earn an affiliate commission.