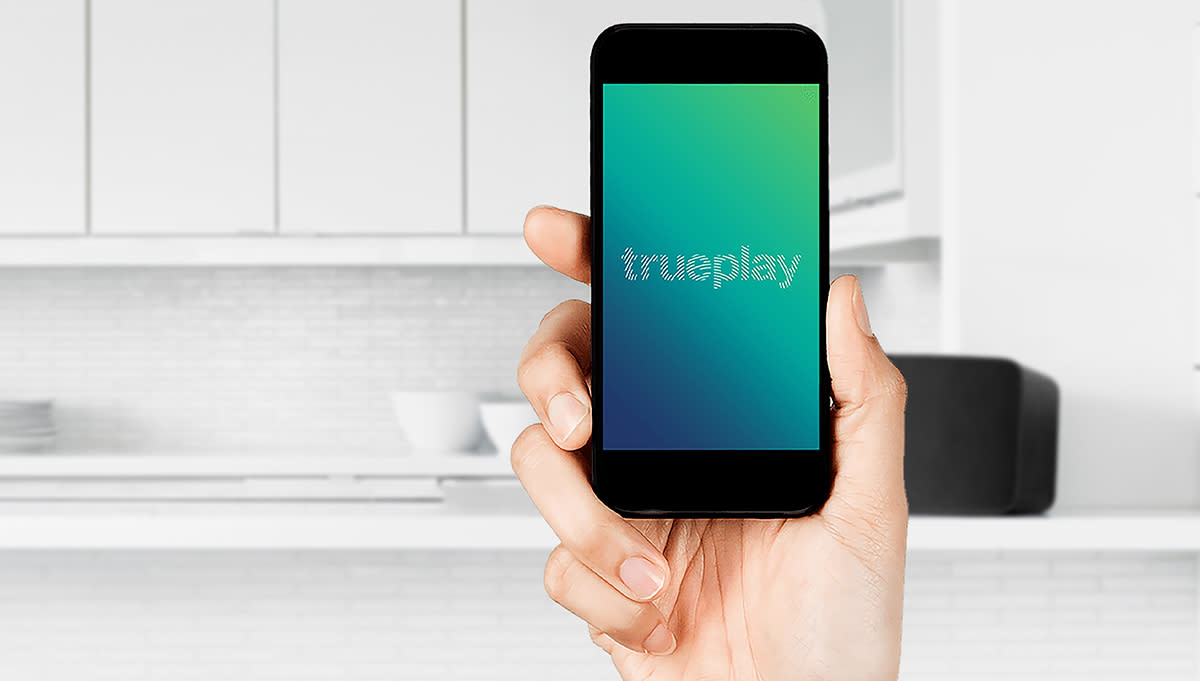 If you're feeling envious of Sonos' new flagship speaker, the company has some good news in the form of Trueplay. It's a new feature coming to the Sonos iOS app that will make your old speakers sound better through calibration, and it works really well. When the update comes to the app, you'll be asked to run through the setup in order to better tune your speakers. The process is simple. You'll be asked to wander around your room keeping your iPhone or iPad vertical while waving it slowly up and down. At the same time, all the speakers in your room will be outputting some odd sounds, perhaps best described as what I thought a space battle would sound like when I was 5. The microphones in your device will pick up all these pew pews, and then the software analyzes what frequencies are being distorted by your furniture.

I heard the benefits of Trueplay in a couple of test situations. The first was in a room with a pair of Play:1s hidden behind thick curtains against glass. Without Trueplay, high frequencies were coming through fine; mids were okay; but the bass was horribly distorted, as you'd expect -- the low-frequency sound waves were reverberating between the glass and curtain. The Trueplay calibration recognized the sounds were distorted, and which particular frequencies were being affected. Its algorithm then pushed less or more power into various points in the frequency range, canceling out the distortion. The result was thoroughly listenable music: The bass channels were a little light, but all the notes were distinguishable, and it felt like the software had adjusted the mids and highs to balance the overall sound as best it could.

Of course, this was an extreme example -- think of it as the Sonos sound engineers' party piece. You're unlikely to want to hide Play:1s behind a thick curtain, but you might put them in a tiled bathroom or kitchen, or hidden away behind an armchair. Trueplay will totally change the way music sounds in these acoustically poor environments.

Trueplay is iOS-only at launch. Sonos explains that because there's so much variation in microphone sensitivity between Android devices it's very difficult to support a wide range of phones and tablets. Its engineers aren't happy with only supporting a subset of users, though, and are working on a solution that'll let everyone enjoy the new feature. Chances are it'll use a feedback loop of sorts to ascertain the microphone sensitivity of the device before starting the test. For now, though, Trueplay will be available to iPhone and iPad users with Sonos Play:1, Play:3 and both generations of Play:5 speakers.

In this article: software, sonos, SonosController, trueplay
All products recommended by Engadget are selected by our editorial team, independent of our parent company. Some of our stories include affiliate links. If you buy something through one of these links, we may earn an affiliate commission.