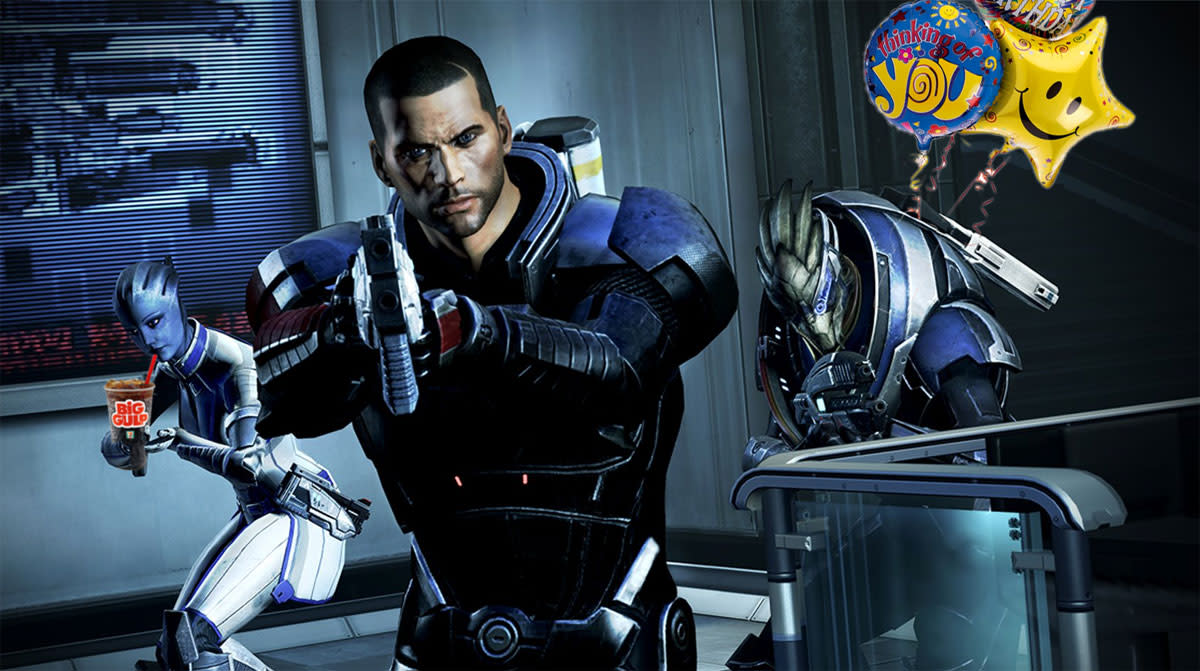 Theme park attractions tend to be based on well-worn movies, if they're based on anything at all, but games? Not so much. However, Santa Clara-based California's Great America is planning to change that. It's launching a Mass Effect-based attraction in 2016 that will have a performer take you to a "distant planet," where you'll fight "larger-than-life foes" through a blend of 3D and "4D" (time travel?) effects. There's no mention of just who or what will make a cameo, although we wouldn't be surprised if Commander Shepard and the Reapers show up. Let's just hope it isn't too faithful to the in-game experience -- you probably wouldn't get a kick out of scanning planets for a few hours, or watching your favorite characters die.

Mat Smith contributed a ridiculous picture to this post.

In this article: bioware, gaming, masseffect, themepark, videogames
All products recommended by Engadget are selected by our editorial team, independent of our parent company. Some of our stories include affiliate links. If you buy something through one of these links, we may earn an affiliate commission.