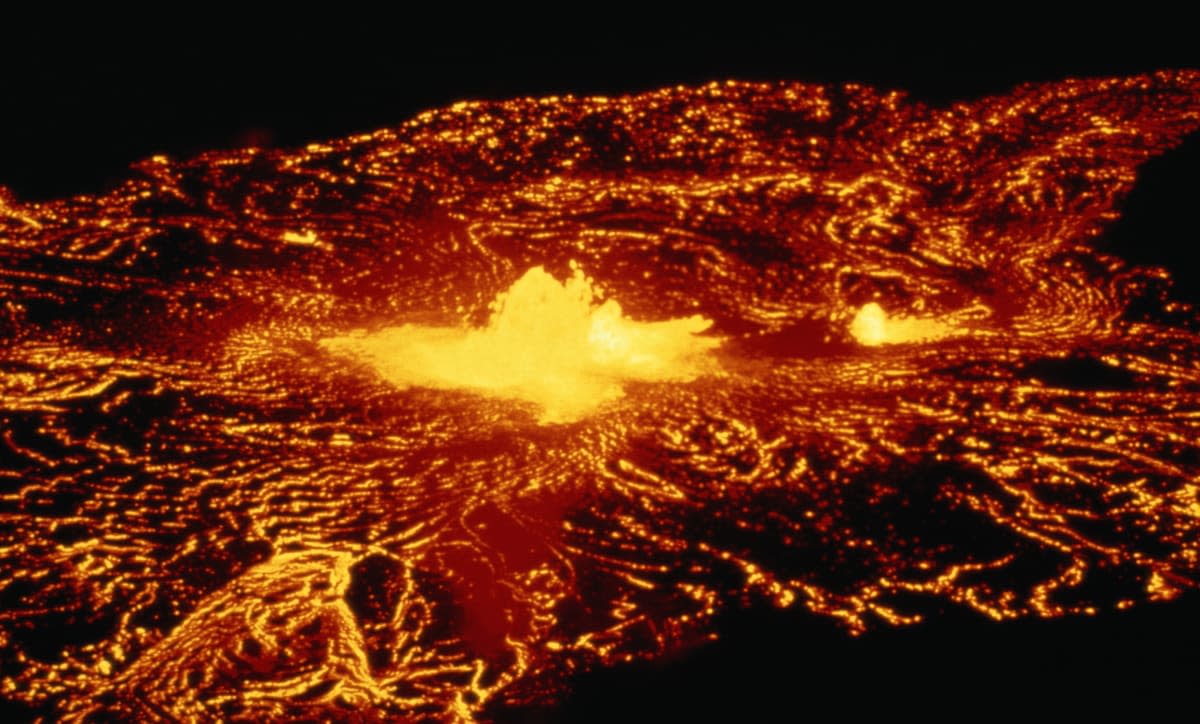 Ah majestic dinosaurs, your oversized bodies and tiny brains may have been doomed no matter what. But, that asteroid that wiped out all of the giant lizards may have had some volcanic help. According to a new paper published in Science, the Chicxulub impact may have accelerated volcanic activity and helped to release toxic gas from a massive (200,000 square miles massive) lava lake in India known as the Deccan Traps. The researchers point out that the impact didn't cause the geologic activity (like the sea of melted metal) but it's likely that it intensified the situation. That one-two punch of asteroid impact and volcanoes could be the reason why 66 million years ago 70 percent of species on the planet were wiped out. Researchers stated that after the events it could have taken 500,000 years for the Earth's ecosystem to bounce back. The study could also reconcile the volcano versus asteroid extinction theory. Either way, pour out some Tricerahops for our fallen friends, the dinosaurs.

In this article: ChicxulubImpact, Deccan Trap, dinosaurs, Extinction, lava, volcanoes
All products recommended by Engadget are selected by our editorial team, independent of our parent company. Some of our stories include affiliate links. If you buy something through one of these links, we may earn an affiliate commission.