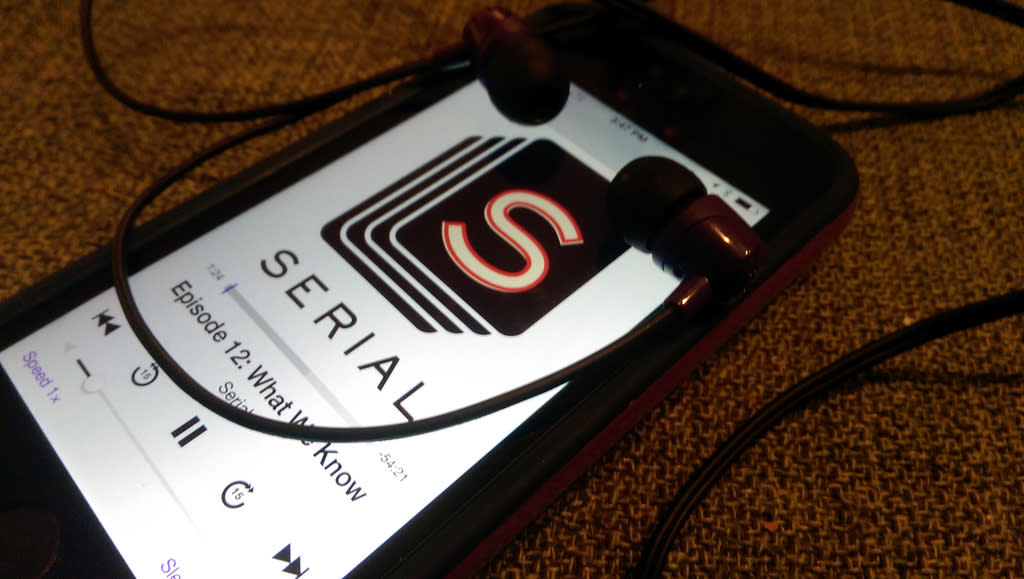 If you asked me yesterday what Serial was, I would describe the podcast as a mystery investigation TV show specially tailored for your ears. The first season chronicled a murder over the course of 12 episodes, with an investigative dialogue driving the show forward. However, an announcement made today by Deadline will see the podcast turn into a TV series produced by Fox 21 Television Studios. Co-created and co-produced by This American Life's Sarah Koenig and Julie Snyder, the series will be developed with Chris Miller and Phil Lord of The Lego Movie fame. The show is set to go behind the scenes of the podcast, however just like the cases it investigates, the exact details are unclear.

In this article: adaptation, podcast, serial, ThisAmericanLife
All products recommended by Engadget are selected by our editorial team, independent of our parent company. Some of our stories include affiliate links. If you buy something through one of these links, we may earn an affiliate commission.