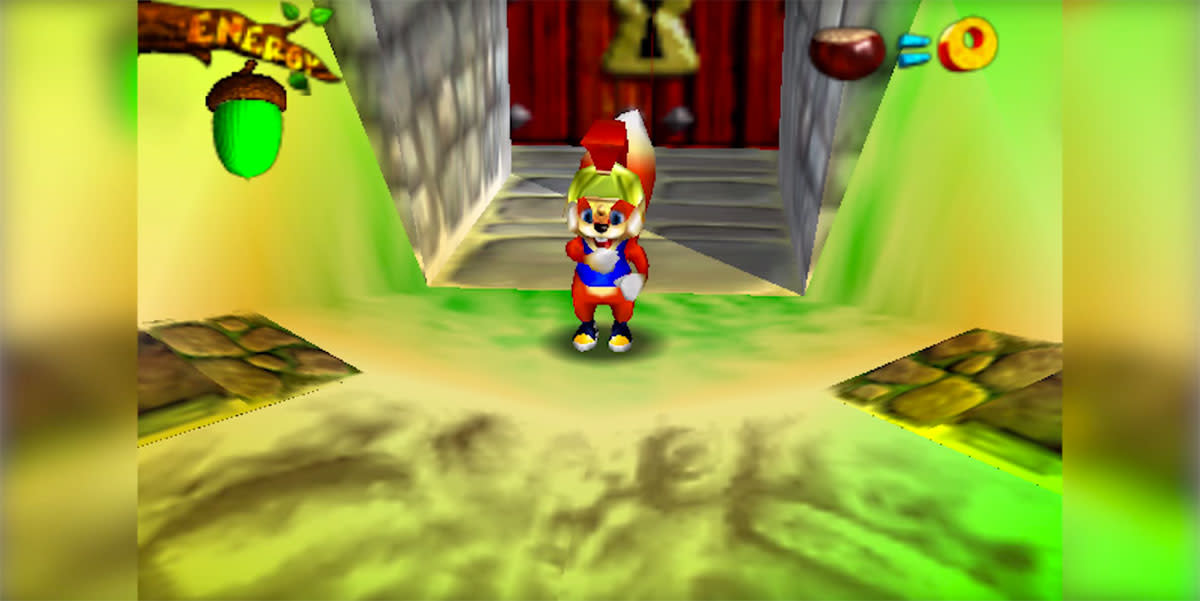 If you know your Rare history, you probably know that Conker's Bad Fur Day began life as a tame, kid-friendly game and evolved into the foul-mouthed 'mature' title that reached your Nintendo 64. Have you wondered what that original squirrel adventure looked like in action, however? Rare is happy to help. It just posted unreleased footage of the game when it was still known as Twelve Tales: Conker 64. To say that this early version was playing it safe would be an understatement. As you'll see below, Conker's companion Berry (aka Berri) wasn't nearly so sexualized. Meanwhile, the gameplay mechanics involved innocuous things like unicycles and differently-themed hats -- no feces monsters here.

The peek helps you get a sense of why Rare pushed Conker in a very different direction. Twelve Tales was going to be just another 3D platformer with a cutesy mascot, and that was an especially big problem when Rare's own Banjo-Kazooie largely covered the same turf. While you could criticize Bad Fur Day for going too far in the other direction and chasing offensiveness for its own sake, the end result at least stood out in a crowded field.

In this article: conker, conkersbadfurday, games, gaming, nintendo64, rare, twelvetalesconker64, video, videogames
All products recommended by Engadget are selected by our editorial team, independent of our parent company. Some of our stories include affiliate links. If you buy something through one of these links, we may earn an affiliate commission.