DraftKings and FanDuel may be serious about a merger

DraftKings and FanDuel settle with New York for $12 million 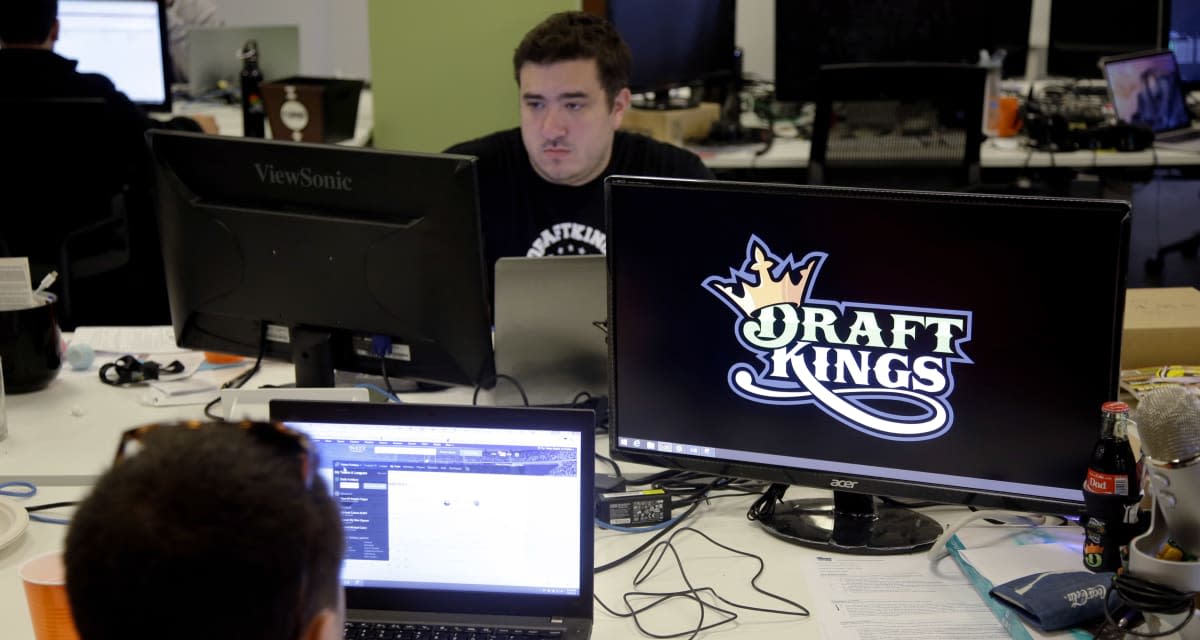 Massive ad campaigns have made the rise of daily fantasy hard to ignore, but maybe there's one thing that could put the brakes on the likes of FanDuel and DraftKings: scandal. The issue seems to have started with a forum thread on Rotogrinder calling out "Millionaire Maker" information posted early by a DraftKings employee. Usually, that info is not available until after games start because its impact on each football player's value could help someone set up their roster, and it's come under more scrutiny since that same employee won $350,000 in the same week on competing site FanDuel. Now players wonder who has access to what information, when, and if they're using it to gain an edge by playing on rival daily fantasy sites. DraftKings and FanDuel have responded to the controversy with a joint statement, which is included after the break.

Nothing is more important to DraftKings and FanDuel than the integrity of the games we offer to our customers. Both companies have strong policies in place to ensure that employees do not misuse any information at their disposal and strictly limit access to company data to only those employees who require it to do their jobs. Employees with access to this data are rigorously monitored by internal fraud control teams, and we have no evidence that anyone has misused it.

However, we continue to review our internal controls to ensure they are as strong as they can be. We also plan to work with the entire fantasy sports industry on this specific issue so that fans everywhere can continue to enjoy and trust the games they love.

According to Legal Sports Report, that information could give a massive edge to any daily fantasy player, but as of yet, no one has directly between the employee, Ethan Haskell's win (apparently not his first, judging by an online profile) to having any additional information. Still, speculation on what employees could do ranges from using info on which players are most popular on rosters or simply copying information from the most consistent winners to inform their play on competing sites. A New York Times report says employees are not specifically banned from playing on competing sites, in an industry that is not regulated in the same way as poker (for example) because it is considered a "skill-based" competition, rather than a game of chance.

According to the statement from the fantasy sites, employees are not to "misuse" any information. DraftKings told the Times it was certain Haskell had not used the Millionare Maker info incorrectly, and people have been told that he received the info after rosters were locked on FanDuel. Meanwhile, Daily Fantasy Sports Report claims a FanDuel employee (update: see below) is notching large wins on DraftKings, quickly outpacing many other regular players. The report does not indicate that he's cheating, but instead cites the lack of transparency over what employees have access to privileged information, and if they're using it to win. We've contacted FanDuel and DraftKings, and will update this post if there's any more information

Update: Another poster on Rotogrinders points out that FanDuel appears to have actually written a glowing profile of its employee, Matthew Boccio aka PetrGibbons, and his winning ways on DraftKings. The post is no longer available on the site, but is visible in links cached on Google. A copy of the article lives on via a scraper site, and provides an interesting look at how FD seems to view its employees playing daily fantasy.

From FanDuel Insider "Fantasy Baseball 2015: Emack's Look Inside the Belly of a DFS Whale":

That is the No. 1 piece of advice Boccio gives casual players (among 10 below): Make it routine.

"I would get lost if I got too far away from the game on a daily basis," said Boccio. FanDuel employees aren't allowed to play on FanDuel, but Boccio has already won $50,000 during baseball season at other DFS sites.

Meet Boccio—a Mr. Daily Fantasy, if you will. His Facebook profile tells us he studied financial economics at Binghamton University, but that is not why he is consistent daily fantasy winner. He started working at FanDuel last August in the product operations department, sizing FanDuel's tournaments and helping set player prices. That isn't necessarily the reason, either.

He is at least $50,000 richer than I, so while I fancy myself a fantasy analyst, I was very curious to pick his brain and have him spill his guts like the tiger shark from Jaws, fully expecting to find a license plate in there.

A plate wasn't discovered, but nor was the data he uses in his personal spreadsheet. It is the one thing he wants to keep secret.

"I am not comfortable giving that away," he said. "I think sharing that could hurt my edge a little bit. After all, I am playing for money."

The fact Boccio does not play on FanDuel against you folks is a good thing. He clearly has a winning strategy...or 10.

In this article: dailyfantasy, draftkings, fanduel, insidertrading, scandal
All products recommended by Engadget are selected by our editorial team, independent of our parent company. Some of our stories include affiliate links. If you buy something through one of these links, we may earn an affiliate commission.