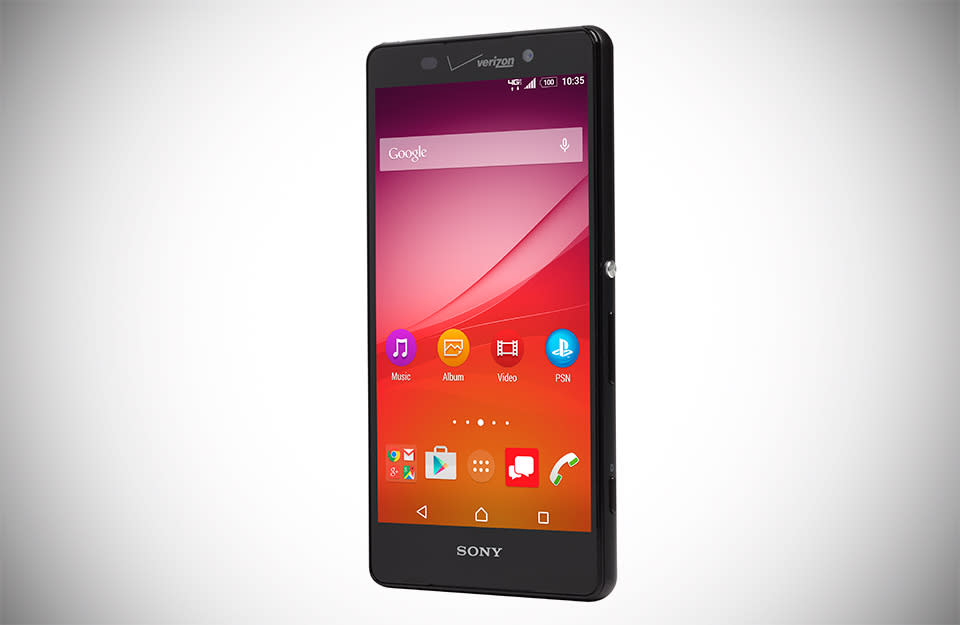 Sony makes a mean smartphone, but it could never quite crack the macadamia nut that is the US mobile market. For while there it seemed like it had another fighting chance in the Verizon-only Z4v, too. Not anymore. After much hemming and hawing about its release date, a Sony spokesperson confirmed in an email that Sony and Verizon aren't bringing the Z4v to America after all. Way to keep us hanging, guys.

"Sony Mobile remains dedicated to the US market and aims to build a sound and stable business in this region," the statement reads. "Verizon is a strategic partner as we continue having ongoing discussions together as part of our future portfolio." That's nice, but it also means Sony doesn't have much of a portfolio to speak of right now at all. A quick check of the big 4 US wireless carriers' websites shows precisely one Sony smartphone available for sale now: a $179 pre-owned Xperia Z1S from T-Mobile. We're sure people are just champing at the bit to get their hands on it, too. There would've been more Sony-flavored options but Verizon -- one of the company's biggest US supporters -- discontinued the mostly solid Z3v shortly after the Z4v was announced. Perhaps that was... a little premature.

Anyway, it's maybe not hard to see why Sony and Verizon seemed to just wash their hands of this thing. Sony's impressive Z5 smartphone family is slated for a global launch in October (a.k.a. this month) and its likely someone up in the corporate chain of command went nope, launching the Z4v right now makes no sense. They were probably right! Regardless, the Z4v was certainly nothing to sneeze at it with its Snapdragon 810 chipset, 3GB of RAM, 20.7-megapixel camera and Quad HD screen -- it might not have been everyone's cup of tea but surely someone would've gained a newfound appreciation for Sony after using it. Oh well. Bring on the Z5s, then.

In this article: android, mobile, smartphone, sony, verizon, verizonwireless, vzw, xperia, xperiaz4, xperiaz4v, z4, z4v
All products recommended by Engadget are selected by our editorial team, independent of our parent company. Some of our stories include affiliate links. If you buy something through one of these links, we may earn an affiliate commission.