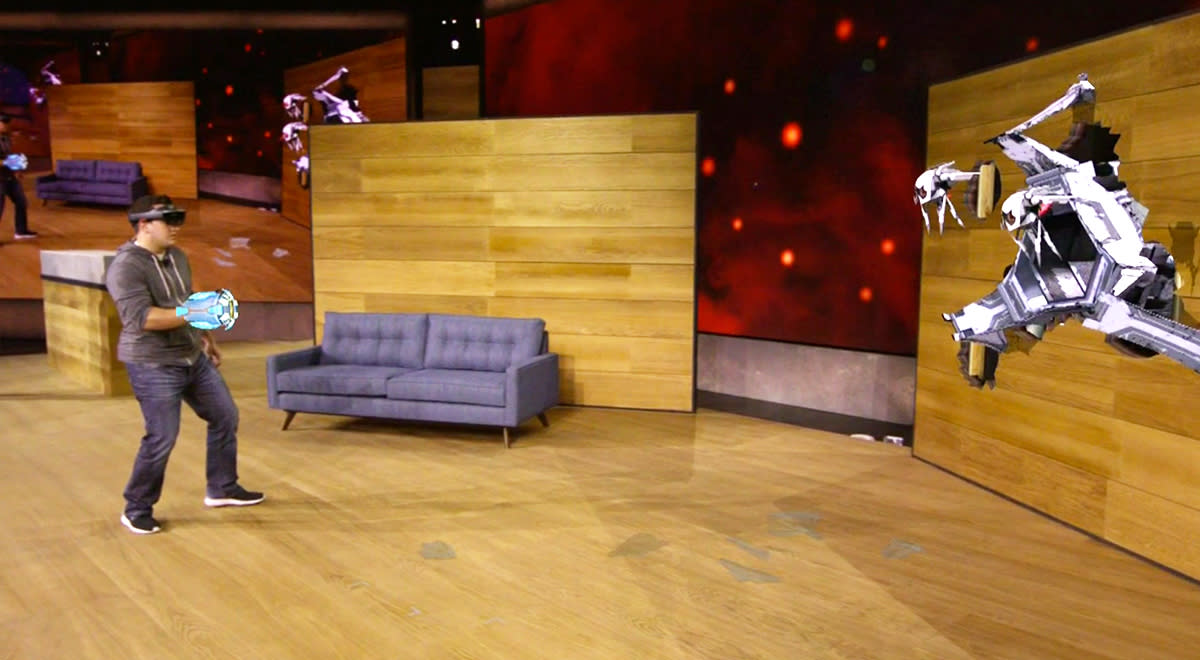 Microsoft took time during today's Windows 10 Devices event to give the audience a more in-depth look at what its new HoloLens AR system is capable of. Minds were blown, jaws were dropped and more than a few digital robots were blown to smithereens during the 8-minute demo.

The game is called Project X-Ray. Microsoft developed it in-house as an experiment in "mixed-reality entertainment" and involves using the HoloLens controller as a ray gun to blast digital enemies which emerge from the room's walls. Running around your living room while wearing a $3,000 headset (what Microsoft is reportedly planning to charge developers) probably isn't the safest of indoor activities, but dang this game looks insanely fun regardless.

In this article: AR, hololens, microsoft, MixedReality, ProjectX, Windows10Devices
All products recommended by Engadget are selected by our editorial team, independent of our parent company. Some of our stories include affiliate links. If you buy something through one of these links, we may earn an affiliate commission.