Microsoft renames its Health app after the Band wearable

Microsoft Band 2 review: Still flawed, but a step in the right direction 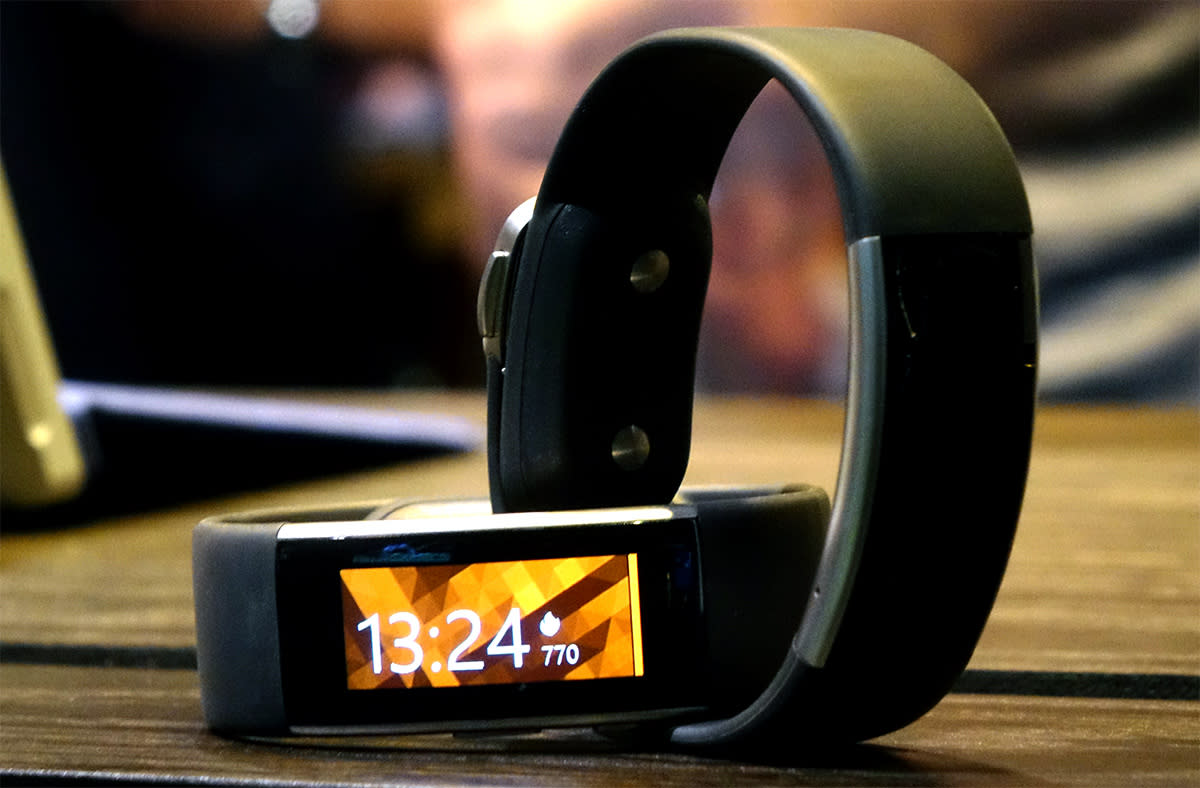 For all its promise and potential, the original Microsoft Band wasn't exactly a runaway hit. It's OK -- they can't all be winners. Even more surprising than the Band's existence in the first place is that Microsoft is taking another crack at the fitness gadget formula with a 2015 model of its oft-scorned wearable. It's a little smarter and a little sleeker, and maybe -- just maybe -- that'll be enough to change a few minds on the matter. In case you forgot (or never had a Band to start with) the major gripes with last year's version dealt mostly with lackluster design and comfort -- sort of a big deal when you're supposed to wear this thing all over the place. After a bit of fiddling around, though, Microsoft seems to have had varying degrees of success fixing what ailed the Band. First, it's not a clunky mess anymore. With its bright, curved OLED screen, this year's Band comes off a bit more like a Gear Fit, which is hardly a bad thing -- of all the Fit's faults, people generally seemed to dig the look. Microsoft also moved the new Band's battery out of the top of the bracelet and into the bulbous clasp, making the whole thing feel way less stiff and cumbersome than before. Is it the most comfortable wearable I've ever tried on? No way -- it's still a little stiff for my taste, although choosing the right size option should help at least a little. On the plus side though, Microsoft says the Band's two-day battery life wasn't impacted by the design change, and those pesky charging spots won't ever touch your skin (and get dirty) again.

What people weren't really concerned about was shoehorning another sensor into the Band, but Microsoft did anyway, bringing the total count to 11. That means we now have a barometer in addition to sensors for motion, heart rate, light, location, skin temperature, galvanic skin response, V02 max and more. Microsoft's wearable might not be the prettiest thing out there, but it's certainly one of the most observant. Throw in the ability to communicate with Cortana and support for third-party apps from Uber to Starbucks to Subway (for when the urge for a generic sub is just too much to bear) and we've got a surprisingly substantive upgrade to a seriously divisive device. We won't render a verdict on this thing until we get to review it properly -- it's set to launch on October 30th -- but this road won't be an easy one for Microsoft. Mass opinions haven't really crystallized around specific fitness gadgets they way they have for smartphone brands, but we'll soon see if Redmond did enough to bring the Band back from the brink.

In this article: band2, fitness, handson, microsoft, microsoftband, microsoftband2, mobilepostcross, preview, wearable, windows10devices
All products recommended by Engadget are selected by our editorial team, independent of our parent company. Some of our stories include affiliate links. If you buy something through one of these links, we may earn an affiliate commission.