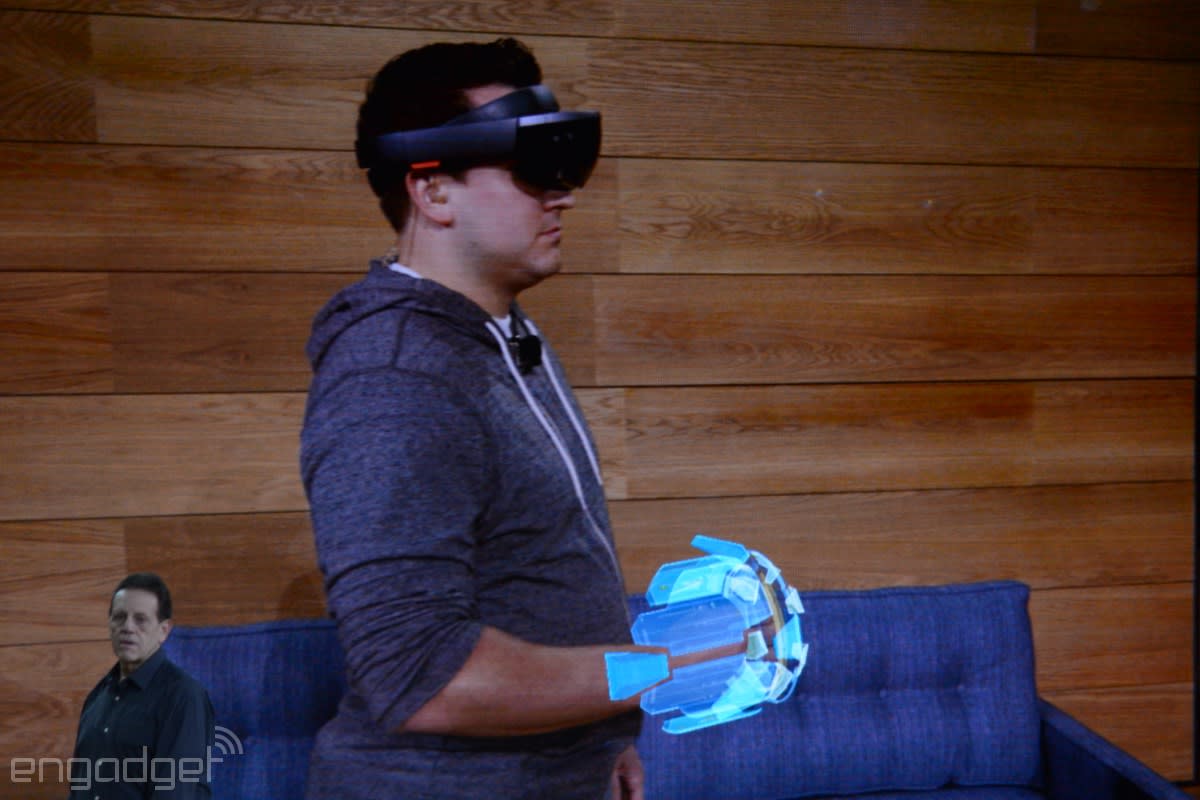 Microsoft has been answering a lot of questions about HoloLens as of late, but a few questions have remained: When can you get it? And will you need to mortgage your home to get one? Well, those mysteries have been solved... if you're a programmer. The crew in Redmond has revealed that a Development Edition of its holographic computing headset will launch in the first quarter of 2016 for $3,000. That's not a completely outlandish price tag, but it's safe to say that you won't be getting this early HoloLens purely for kicks -- this is to help prepare apps for the eventual mainstream version of the device. Still, it's good to hear that this exotic wearable tech won't be limited to Microsoft's campus for much longer. In this article: AugmentedReality, developer, hologram, holographic, hololens, hololensdevelopmentedition, microsoft, wearable, windows, windows10, windows10devices
All products recommended by Engadget are selected by our editorial team, independent of our parent company. Some of our stories include affiliate links. If you buy something through one of these links, we may earn an affiliate commission.