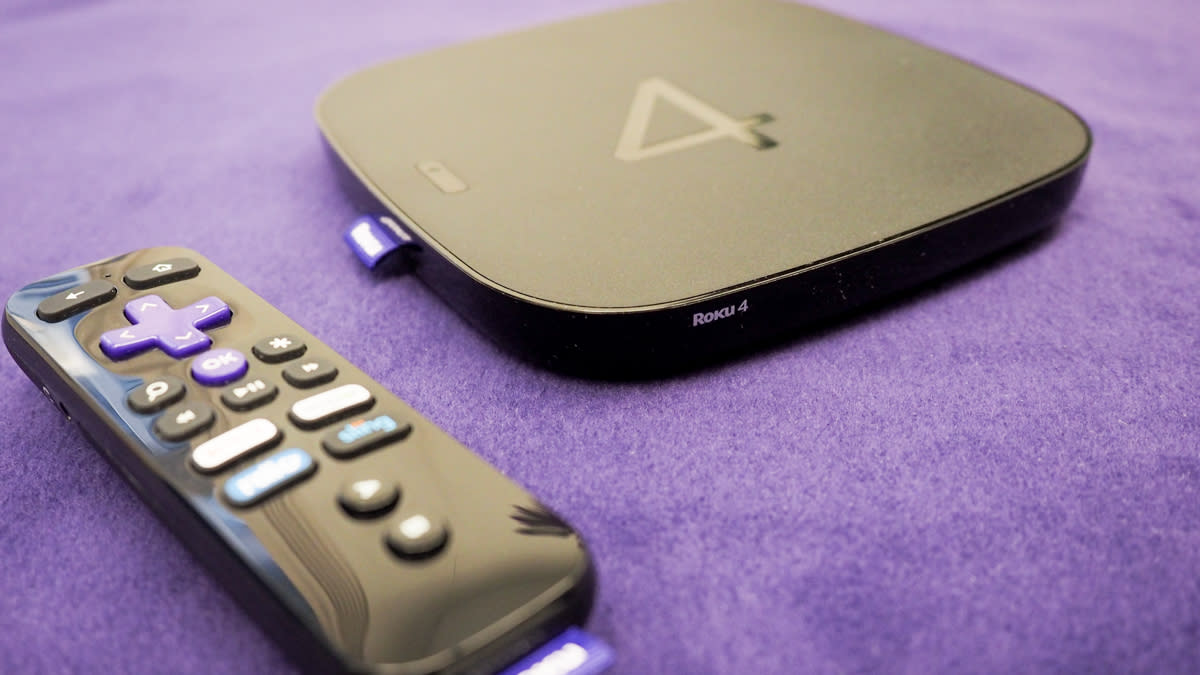 It's clearly video-streaming box season. Apple finally dropped an updated Apple TV, the Chromecast got all colorful and the Fire TV upped its resolution to 4K. Now it's Roku's turn with the new Roku 4. The flatter and wider set-top box sports 4K, has a remote locator (YES!), an updated OS and a redesigned app that makes it easier to travel with your favorite shows. The new device joins the rest of the Roku line instead of replacing anything. Priced at $129, it sits between the Apple TV and Fire but without all the recent drama. Roku told Engadget that it continues to focus on discovery. Fortunately that also means helping you find the tiny remote when it disappears behind the couch. The box has a remote logo that when depressed makes the remote sound an alert. With most of these set-top boxes shipping with small remotes, it's nice that a company finally realized how easy it is to lose those damn things. The remote also has the same voice search, headphone jack and motion control with buttons for video games like the Roku 3.

The Roku itself has a quicker quad-core processor for 60 fps 4K streaming and supports 802.11ac WiFI. A new 4K channel has been added so you can find media for that fancy UHD TV. An optical audio port has been added along with the usual HDMI port and microSD port for playing your own videos. In addition to new hardware the company announced Roku OS 7 with an upgraded way to follow movies, TV shows and actors. Now when something that's been tracked is available in a channel, the My Feed section displays a notification. Want to know when The Martian is available on Netflix? Follow it and you'll know as soon as it appears on the service. The app also got a redesign with quicker access to commonly used features. More importantly, for folks that travel with a Roku, the app and new OS now work with WiFi networks that require a browser-based login like hotel rooms.

The Roku 4 is available for pre-order now and will ship in October for $129. The updated OS will be available to current Roku players starting in mid-October with the roll out lasting until November.

In this article: 4k, hdpostcross, Roku, roku4
All products recommended by Engadget are selected by our editorial team, independent of our parent company. Some of our stories include affiliate links. If you buy something through one of these links, we may earn an affiliate commission.