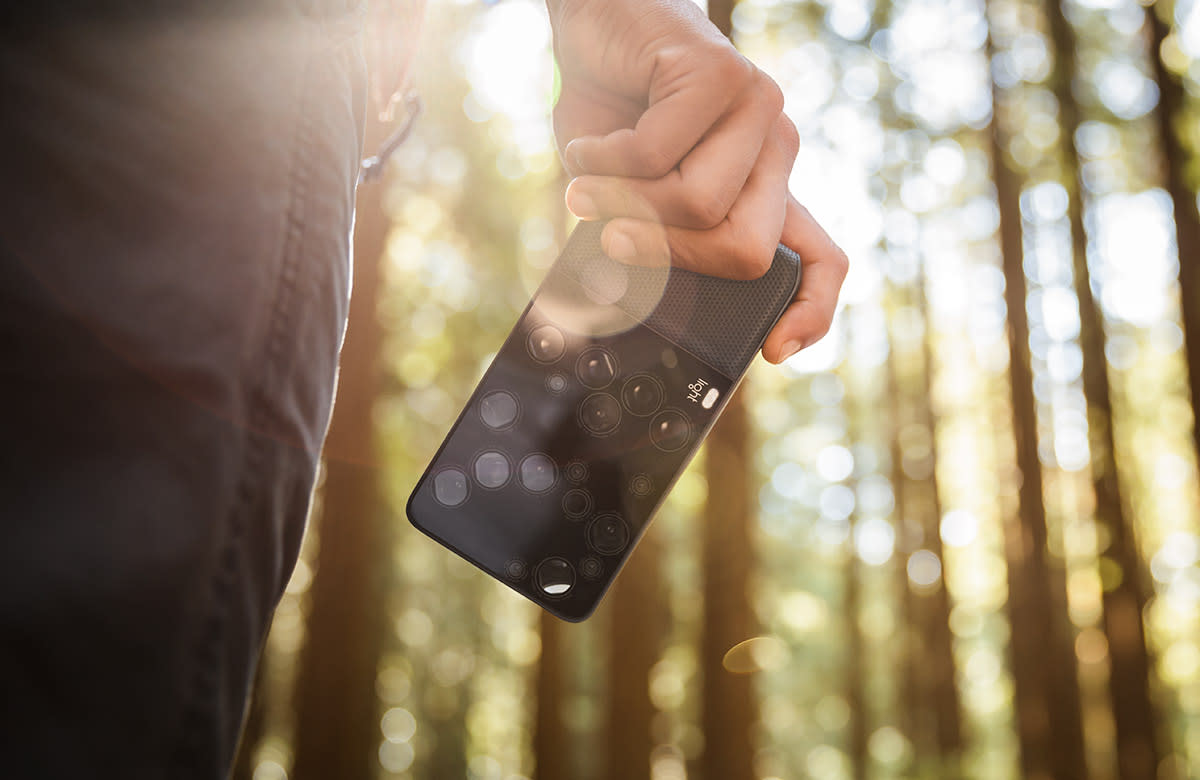 Photography startup Light has launched L16, which the company's calling a "a multi-aperture computational camera," at the Code/Mobile conference. It's named L16, because it's equipped with 16 individual lenses, though unlike bulky and heavy DSLRs, Recode says it's just about the size of a Nexus 6 that's double the thickness. When you take a picture using the camera, all 16 lenses capture photos simultaneously at different focal lengths in order to "capture more data in every shot." Light's technology then combines all of them into a single 52-megapixel image -- you can adjust the photo's depth of field, focus and exposure after it's been captured.

The L16 runs on Android and has built-in WiFi, allowing you to post pictures directly from the device. It comes with an integrated 35mm-150mm optical zoom and a five-inch touchscreen display. If you think you'll be able to save money switching to this from an entry-level or mid-range DSLR, though, you're sadly mistaken. It might not cost as much as high-end cameras, but it'll still set you back $1,299 when you pre-order from today until November 6th from Light's website. When it starts shipping in the summer of 2016, you'll have to shell out $1,699 to get one. In this article: android
All products recommended by Engadget are selected by our editorial team, independent of our parent company. Some of our stories include affiliate links. If you buy something through one of these links, we may earn an affiliate commission.