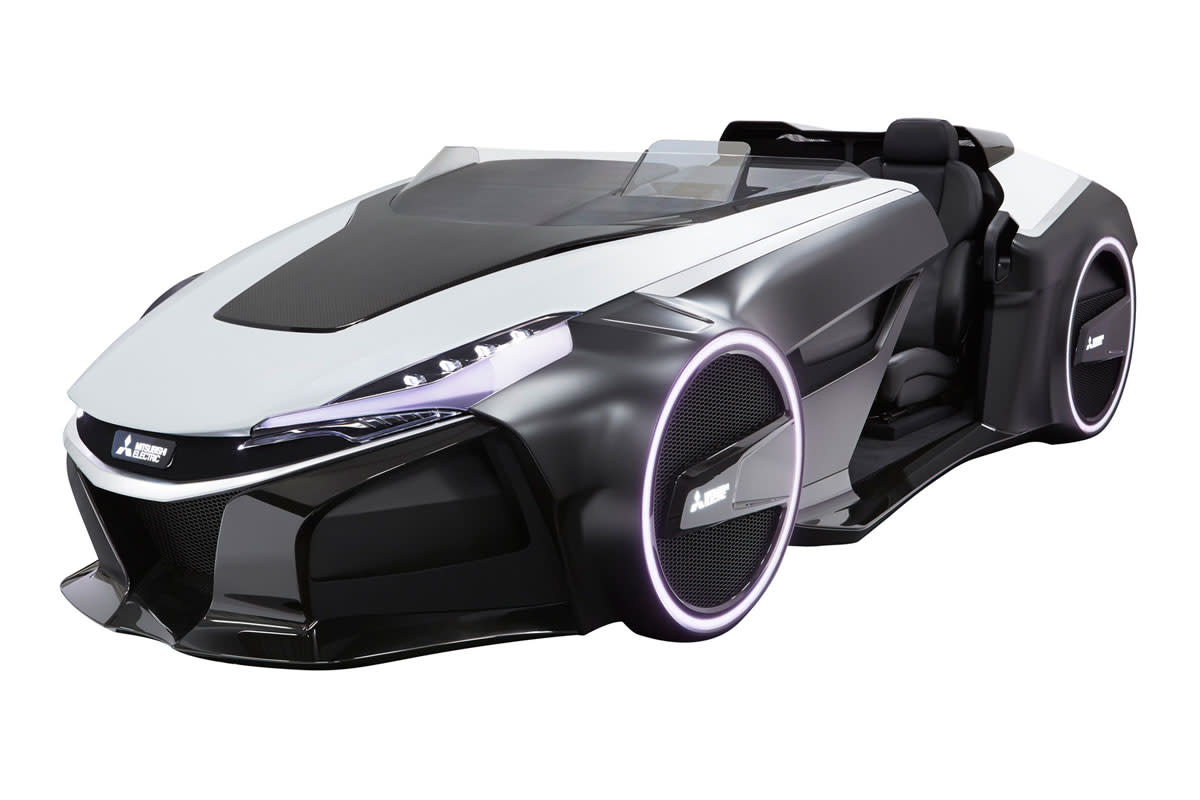 You may have though Mitsubishi's Tron-like EV concept was a one-off when the company revealed it nearly four years ago. But the Japanese company has been toiling away on the Emirai ever since, and is finally set to unveil a third-generation version. The roadster style electric car looks like it flew in from the future, and has the toys to back it up, most notably the pair of huge, optical-bonding, LCD panels that allow for high visibility and user-selectable layouts. The system also detects hand movements, letting you operate the infotainment system and other controls without looking down. The "Emirai 3 xDAS" has a "combiner" 3D heads-up display (HUD) that places navigation and other data at a simulated 10 meters (33 feet) ahead of you, further helping you keep your eyes on the road. Finally, the vehicle sports a camera and non-contact cardiograph to sense the driver's line of sight and provide "predictive assistance based on (their) behavior." It can even analyze your physical condition and find a rest stop if it feels that you're fatigued. Details are lacking on the powertrain and other info (if one even exists), but we'll be on hand at the Tokyo Motor show on October 29th to get more info.

In this article: conceptcar, ElectricVehicle, emirai, ev, mitsubishi
All products recommended by Engadget are selected by our editorial team, independent of our parent company. Some of our stories include affiliate links. If you buy something through one of these links, we may earn an affiliate commission.