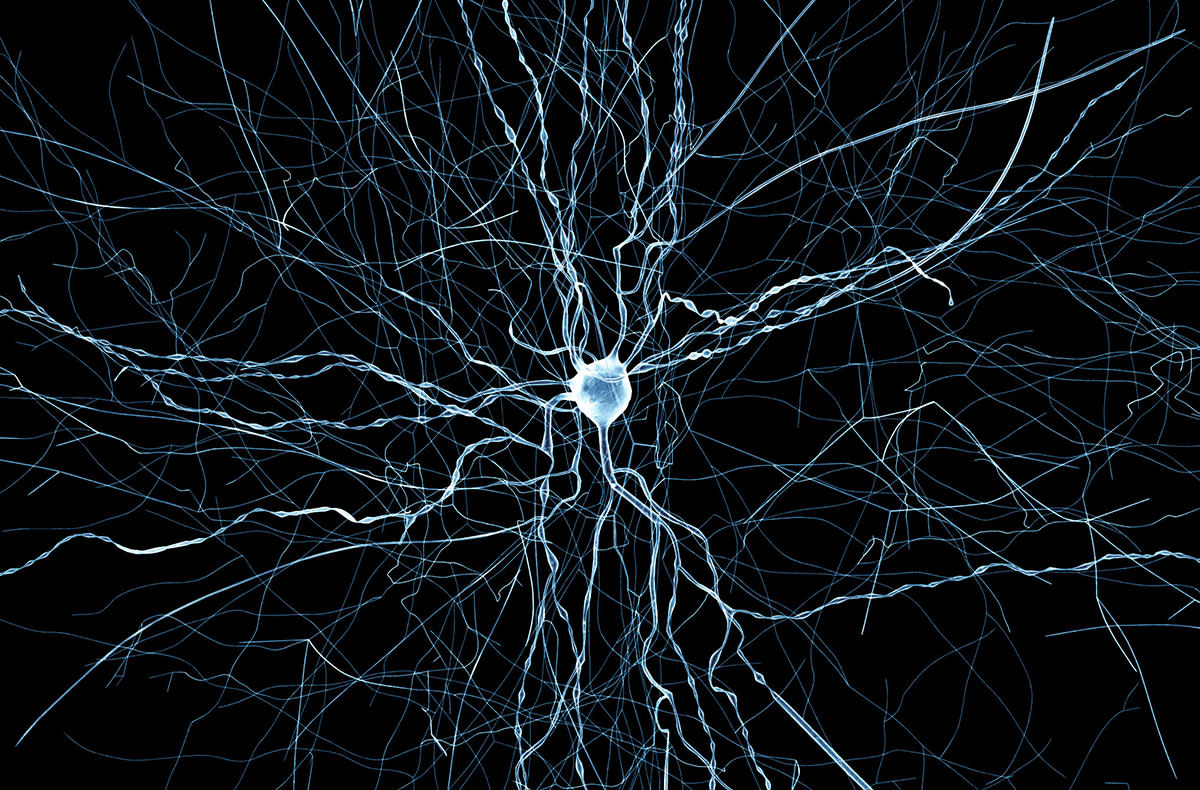 The Blue Brain Project is a vast effort by 82 scientists worldwide to digitally recreate the human brain. While still far from that goal, the team revealed a breakthrough that has already provided insight into sleep, memory and neurological disorders. They created a simulation of a third of a cubic millimeter of a rat's brain. While that might not sound like much, it involves 30,000 neurons and 37 million synapses. In addition, the simulated level of biological accuracy is far beyond anything so far. It allowed them to reproduce known brain activities -- such as how neurons respond to touch -- and has already yielded discoveries about the brain that were impossible to get biologically.

To create the simulation, researchers did thousands of experiments on rat brains over a 20 year period, logging each type of synapse and neuron discovered. That led to a set of fundamental rules describing how neurons connect to synapses and form microcircuits. Using the data, they developed an algorithm to pinpoint the synapse locations, simulating the circuitry of a rat's brain. All of that data was then run through a supercomputer: "It was only with this kind of infrastructure that we could solve the billions of equations needed," said software lead Felix Schurmann.

One of the biggest discoveries was the role of calcium in the brain. Early simulation tests resulted in "synchronous" neural activity, usually found in the brains of sleeping animals. "When we (digitally) decreased the calcium levels to match those found in awake animals, the circuit behaved asynchronously, like neural circuits in awake animals," according to lead author Eilif Muller. They concluded that chemical changes and others mechanisms can shift a brain circuit from one state to another, which could help doctors treat patients with abnormal brain activity.

The research will provide immediate data for any other scientists who work with the brain. However, the team stressed that "the reconstruction is a first draft... and it is not yet a perfect digital replica of the biological tissue." In other words, further tweaks to the model will yield even more discoveries in the areas of brain function, neurological disorders and, yes, artificial intelligence.

In this article: BlueBrainProject, Brain, EPFL, NeuralNetwork, Rat, Simulation, video
All products recommended by Engadget are selected by our editorial team, independent of our parent company. Some of our stories include affiliate links. If you buy something through one of these links, we may earn an affiliate commission.