Google Search on iOS picks up a new feature from Android 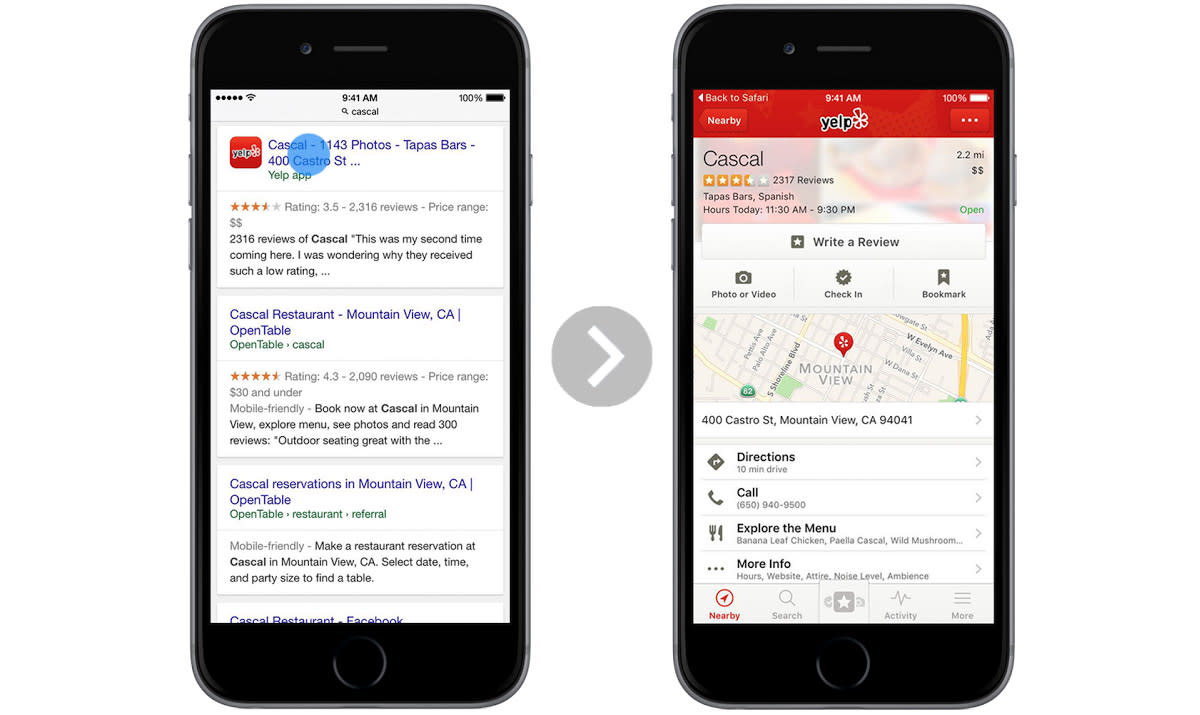 By the end of October, you might notice that doing a Google search via Safari on an iPhone or an iPad returns results with deep links to iOS apps. That's because Mountain View has given developers the power to do so -- they simply have to add Universal Links to their iOS apps and integrate with the Google search SDK. The company first brought app indexing to Apple's mobile platform back in May, but only the Chrome browser and the Google Search app could dig for info from within applications: Safari had no access to the feature. As we've mentioned, though, those Safari deep links won't start rolling out until late October, and you can only get them when doing a query if you've already installed iOS 9.

In this article: appindexing, google, ios, mobilepostcross
All products recommended by Engadget are selected by our editorial team, independent of our parent company. Some of our stories include affiliate links. If you buy something through one of these links, we may earn an affiliate commission.