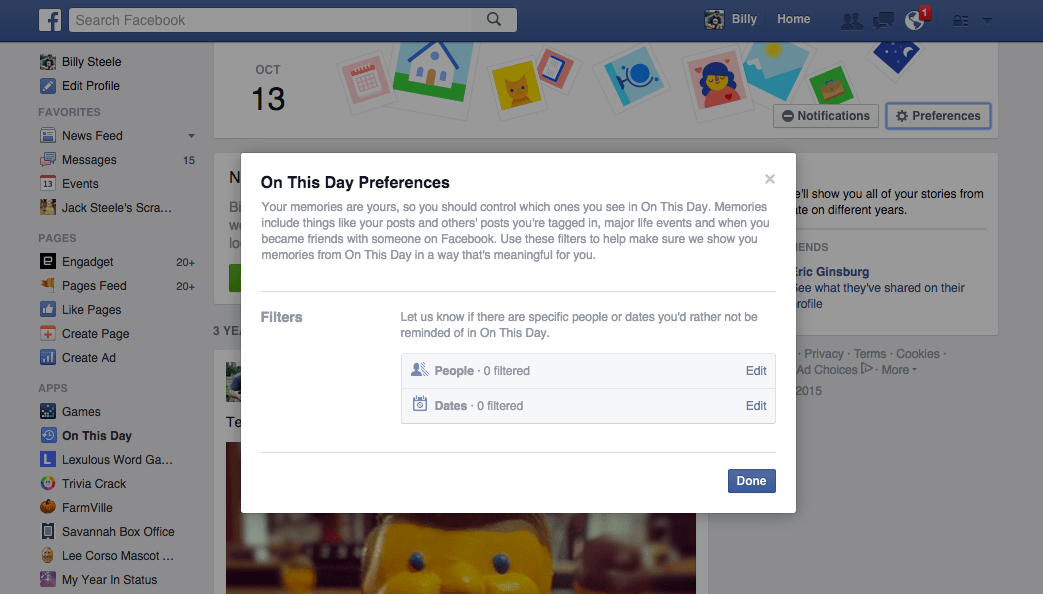 Facebook's On This Day tool is a nice feature when it recalls good times that may have slipped your mind. It has a tendency to bring up events and people that you might prefer to forget, though, and the social network added preferences to curtail the sadness. On This Day now has controls that'll let you filter out specific people and dates so the feature doesn't remind you of those bits of nostalgia you'd rather not revisit. Facebook has come under fire for toying with our emotions and digging up the past before, and there's already been some criticism of On This Day since it launched in March. By adding preferences, Zuckerberg & Co. are offering a way to keep those bad memories at bay. It's a nice touch, since you never know exactly when the memory machine will pop up in your News Feed. If you've noticed On This Day posts there, the new controls should be available for you to tweak.

In this article: bummerdude, facebook, internet, memories, nostalgia, onthisday, preferences, settings, social, socialnetwork
All products recommended by Engadget are selected by our editorial team, independent of our parent company. Some of our stories include affiliate links. If you buy something through one of these links, we may earn an affiliate commission.