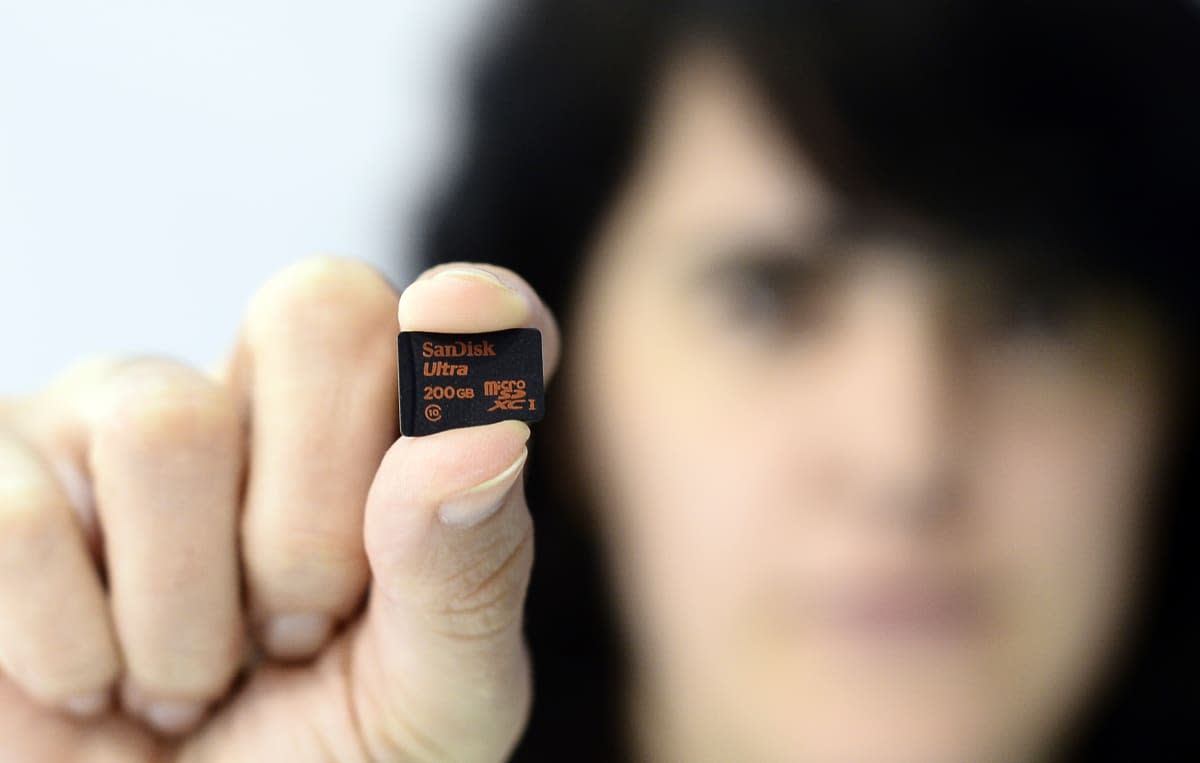 SanDisk is a mainstay of the storage world thanks to its memory cards and solid-state drives, but you might not see its name for much longer: Bloomberg sources hear that SanDisk is exploring the possibility of selling itself off. The company is reportedly talking to both Micron and Western Digital about a potential deal, although there's no guarantee that anything will happen. You shouldn't expect an acquisition in the immediate future, at any rate. SanDisk runs memory factories alongside Toshiba, and it'd likely have to get approval before changing that partnership.

The companies involved aren't commenting on the rumor. However, it won't be surprising if a merger eventually takes place. Both Micron and SanDisk are tiny compared to industry heavyweight Samsung, whose flash memory is found in legions of computers and mobile devices -- a union might help them compete. Western Digital, meanwhile, would get an easy way to reduce its dependence on spinning hard drives.

In this article: acquisition, micron, sale, sandisk, storage, westerndigital
All products recommended by Engadget are selected by our editorial team, independent of our parent company. Some of our stories include affiliate links. If you buy something through one of these links, we may earn an affiliate commission.