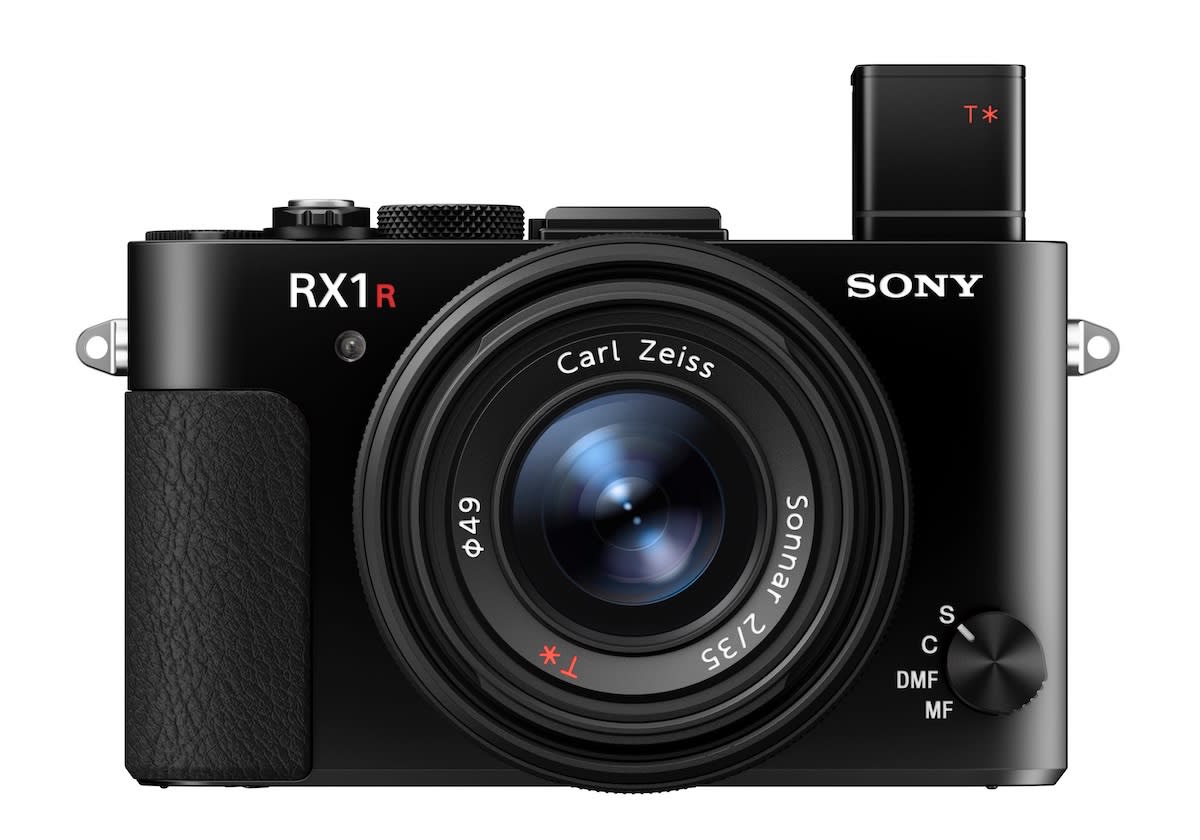 As far as compact cameras go, Sony is undeniably the best at making them. But in case that RX100 IV point-and-shoot wasn't good enough for you, the company is now introducing the RX1R II, a full-frame pocket-sized shooter with a 42.4-megapixel Exmor R CMOS sensor. If you're keeping tabs at home, then you'd know that's similar to the one featured in the recently announced A7R II mirrorless camera. Another highlight of the second-gen RX1R is its retractable, 2.4-million-dot XGA OLED viewfinder, as well as what Sony's calling the "world's first" optical variable low-pass filter -- which you can turn on or off based on the sharpness strength you want on certain images. The fixed lens, meanwhile, is a 35mm (f2.0) ZEISS Sonnar T*. What you won't find here is 4K video recording. Instead, you have the option to shoot up to 1080p at 24, 30 and 60 fps, while the ISO is set at a maximum of 102,400 when expanded. Like what you see? Then be ready to have your jaw drop, as the RX1R II will cost a wallet-clinching $3,300 when it hits stores in November. In this article: A7RII, full-frame, fullframe, RX1R, RX1RII, Sony, SonyA7RII, SonyRX1R, SonyRX1RII
All products recommended by Engadget are selected by our editorial team, independent of our parent company. Some of our stories include affiliate links. If you buy something through one of these links, we may earn an affiliate commission.