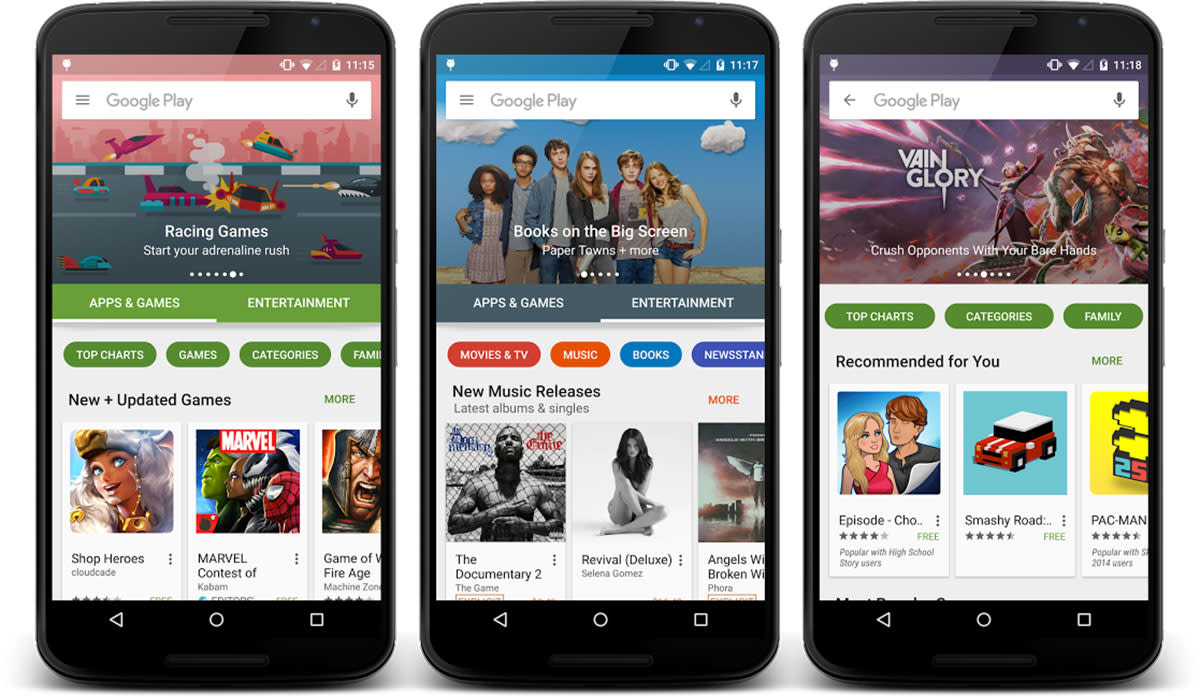 While an app store redesign may not be the most exciting update, there are some pending tweaks to the Google Play store app that tidy things up a bit. Thanks to Google software engineer Kirill Grouchnikov, we have an early look at a few of the changes. Aside from some aesthetic polish and scrolling animations, Google is dividing the store into two main parts: Apps & Games and Entertainment. Google Play is currently divided into six categories that appear when you first open up the app, so reducing those down to two seems to simplify matters a bit. There's also support for languages that read right to left, based on some of the screenshots Grouchnikov uploaded to Google+. Unfortunately, there's no indication as to when Android users will receive the update. For now, you can see how the Google Play has evolved since its early days as Android market on the other side of the break.

In this article: apps, appstore, google, googleplay, mobilepostcross, playstore, redsign, software, store, update
All products recommended by Engadget are selected by our editorial team, independent of our parent company. Some of our stories include affiliate links. If you buy something through one of these links, we may earn an affiliate commission.