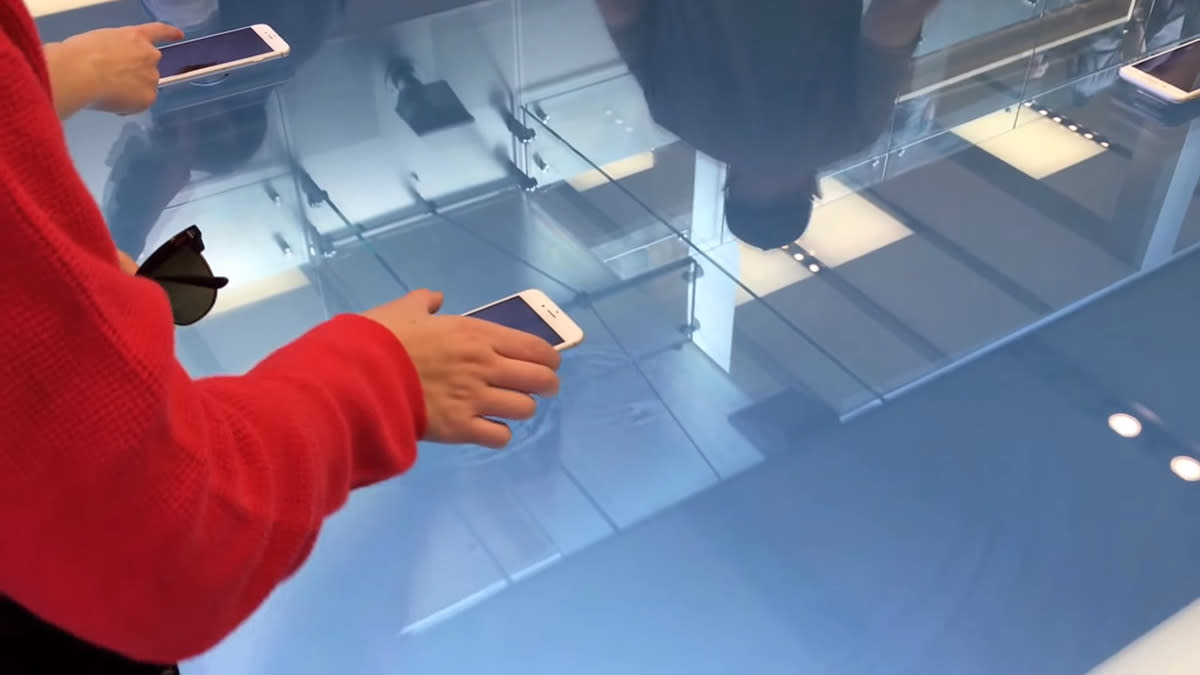 Apple is doing a new trick at its flagship San Francisco and New York Stores to show off the benefits of 3D Touch on the iPhone 6s and 6s Plus. A video from Grate App (below) shows the phones rigged up to a table that's actually a very large display. When you press on the iPhone's swimming fish screen-saver, it creates ripples in the screen around the phone, which vary in size depending on how hard you press. (The table itself doesn't appear to be force-sensitive, but rather just takes 3D Touch input from the phones.) It's a clever way to tout a feature that's a bit hard to grok, but there's no word on whether you'll see it in any other stores.

In this article: 3DTouch, apple, AppleStore, display, iPhone6s, iPhone6sPlus, mobilepostcross, retail, video
All products recommended by Engadget are selected by our editorial team, independent of our parent company. Some of our stories include affiliate links. If you buy something through one of these links, we may earn an affiliate commission.